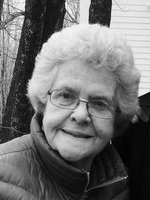 Ann S. Heath April 07, 1936 - March 02, 2017 Ann Sidelinger heath passed peacefully on March 2, 2017 at Autumn Leaves Memory Care in Houston Texas after a brief illness. She was born April 7, 1936 in Portland Maine, the daughter of Dana Peabbles Sidelinger and Eleanor Black Sidelinger. She grew up in various locations in Main, graduating from Calais High School in 1953. Ann was a passionate learner who always excelled in school. She continued her education at the University of Main, Mass College of Art, and Framingham State College where she graduated summa cum laude with a degree in early childhood education. She later went on to become a certified paralegal, as well as a certified childhood grief counselor. In 1956, Ann married fellow art student Fosco J Picchi. They settled in Holliston Massachusetts where they raised three children, Fosco D Picchi of Las Vegas, Jennifer A nMacleod of Charlotte, North Carolina, and Vanessa L. Liberatore of Houston, Texasa. In 1970, Ann married her second husband, Roger K heath who passed away in 1999. Ann had a varied career, spending several years as and early childhood teacher at Temple Beth Shalom in Framingham, Massachusetts. In 1986, she returned to her home state and worked for over fifteen years as a paralegal for the law office of Bernstein,Ahur,Sawyer and Nelson, in Portland Maine. When returning to her beloved home state Ann fulfilled dream of building a log home hear the ocean in longtime family area of Peabbles Cove, Cape Elizabeth. Ann possessed a wonderful singing voice. Her love of music and singing started as early performances with her father and sister Diane. Ann became and original member of the Tanglewood Festival Chorus, where she was thrilled to perform under conductor Aeiji Ozawa and the Boston Symphony. After ereturnng to Maine, she then joined the Choral Arts Society of Portland, performing with the Portland Symphony. Her passion for helping children continued with many years of volunteer counseling at The Center for Grieving Children in Portland Maine. Ann was also very talented artist and spent her retired years creating beautiful stained glass pieces in her Waterview Glass Studio. Crafting works for local galleried, commissions, and area craft shows, she earned great respect in the local arts community. Along with her passion for music, children, and the arts, Ann was above and beyond passionate avbout all living things…whether it be birds and squirrels having a banquet in her yard, or the loves of her life that she adopted at local shelters. Ann’s greatest compassion was her four legged friends. In addition to three children, Ann is survived by two sisters Diane Frost of Cape Elizabeth, Donna Riser of Parsonfield, and one Grandson Tyler Liberatore of Houston, Texas. A memorial celebrating Ann’s life will be held for family and friends in late spring~early summer. For anyone wishing to make cointribution in Ann’s memory, the family would like you to consider one of these charities dear to Ann’s heart;The Ceneter for Grieving Children www.cgcmaine.org 555 Forest Ave Portland Maine 04101, Almost Home Rescue ( Who so graciously rescued her beloved dog Emma) www.almosthomerescue.net P. O. Box 9421 #377 Portland, Maine 04116