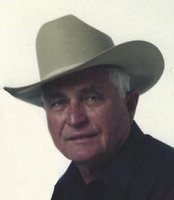 Funeral Service Wednesday, May 10, 2017 11:00 AM Joe Bailey Smith April 01, 1929 - May 06, 2017 Joe Bailey Smith, 88, of LaPorte Texas passed away on May 6, 2017. Joe was born in Barbers Hill Texas on April 1, 1929. He was a veteran of the Korean conflict and served in the United States Army. Joe was also a member of the LaPorte Livestock Show and Rodeo Association, retired from Shell Chemical, and was a member of the Atomic Workers Union. He is survived by his wife, Barbara Smith, Children Joe Milton Smith ”Marci”, Gary Lee Smith “Janet”, and Rusty Gene Smith “D’Andra”. Grandchildren Mariah Kailee Smith, Brandon Lee Smith, and Tiffany Nicole Walker. Joe was preceded in death by granddaughter Michaila Ashley Smith. Visitation will be on Wednesday May 10,2017 9:ooam until service time at 11:00am. Services will be at 11:00am on Wednesday May 10th at Paul U. Lee LaPorte Funeral Home chapel, officiated by Reverend Mike McMahon In Lieu of usual remembrances memorials may be made to Golden Years Ministry, 3602 East Blvd. Deer Park Texas 77536