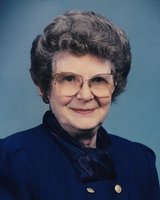 Grace Shirley Wotton Casteel passed away in Houston, TX, August 29, 2019.  She returned to her Creator and is with friends and family who have gone on before her. Our mother was born August 27, 1925 in Detroit, Michigan to David Anderson Wotton and Emma (Becker) Wotton. She attended Grosse Pointe High School, where she graduated in 1943. A year later she married our father, Carleton Norbert Casteel, a pilot in the Army Air Corps, which later became the United States Air Force. In 1947, she boarded a troop ship headed to post-war Japan where she and our father were reunited. That journey began an adventure that led our family to many locales throughout Europe and the United States. Our mother was a Christian and a homemaker, and regardless of the locale, her first priorities were to create a home for her family and to find a church home as well. A member of First Baptist Church Woodway for almost 50 years, she participated in church life not only as a member and Sunday School teacher but also as a church financial secretary. Gifted with a beautiful soprano voice, Mom sang in First Woodway's choir.  First Woodway brought us into the lives of many wonderful Christian people, friends guided by God's love and who greatly enriched our lives and for whom we give thanks. Mom finished her working career at Dillard's, Waco, where she worked in the credit department for almost eighteen years, retiring at age 76. Our family thanks Clarewood House, Houston, TX for the excellent care Mom received during her eight years of residence. Grace is survived by three sons: Colonel (retired U.S.A.F.) Terence L. Casteel of Denton, TX; Carleton C. Casteel of Pearland, TX, and Robin N. Casteel of Paris, France as well as two grandchildren, Kevin and Shane Casteel and four great-grandchildren, Cameron, Christian, Zoe, and Sadie Kate.

Services for Grace will be held Friday, September 6, 2019 at Wilkirson-Hatch-Bailey Funeral Home, 6101 Bosque Blvd., Waco, Texas 76710.  The visitation will be held from 9:00 until 10:00 in the morning with the funeral service following beginning at 10:00 am.  Internment will follow at Waco Memorial Park.