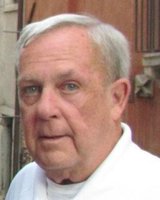 William C. O’Neill, Jr. died on September 2, 2019 in Pearland, Texas. He was born in Fort Benning, Georgia on March 1, 1942 to William and Florence O’Neill. In 1966, he married Carolyn Gilleland of Camden, Arkansas and together they had two sons.

After serving in the Air Force, Bill worked for the federal government in Washington, DC for many years and later at the Veteran’s Hospital in Houston, Texas.

He graduated from University of Houston Downtown in 1997 and then spent the final thirteen years of his career as the University’s Director of Distance Education before retiring in 2010.

After retiring in 2010, Bill enjoyed going on cruises and traveling with his wife and family.

He and Carolyn recently celebrated their 54th wedding anniversary.

He is preceded in death by his parents, his sister, Toni Maurer, and his grandsons, Brian “BJ” and Matthew.