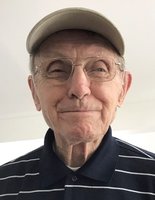 Charles Robert Green, 88 passed away Thursday, June 4, 2020. Born March 23, 1932 and raised in Marietta, GA., Charles was the son of the late Howell and Maude Green. Charles has two brothers, Steve Green and Harold Green. Charles attended college at The University of Georgia, Georgia Tech University, Florida State University and The University of Texas. Charles holds a PhD in Inorganic Chemistry from The University of Texas, and a Masters of Science in Inorganic Chemistry and a Bachelors of Science in Toxicology from the University of Georgia. A true patriot, Charles proudly served in the United States Army during the Korean War. Afterwards, he continued his service in the Army Reserves for an additional 8 years until receiving his Honorable Discharge in 1961. After his military service, Charles married his devoted wife “Pat” and moved to Pearland, TX. They were married for 46 years before she passed in 2007. They have 3 sons, 5 grandchildren and 2 great grandchildren: Chris Green and his wife Rhonda of Dayton, TX; Robert Green and his wife Randee of Brownwood, TX; and David Green of Glenn Heights, TX; Grandchildren - Brandi, Blythe, Cooper, Kate and Shelby; Great Grandchildren - Bristol and Brilee. Dr. Charles Green was a world-renowned published chemist and leader in the field of surfactant chemistry who worked for Witco Chemical Company for 35 years in Houston, TX. He designed, prepared, and introduced innovative formulations for proprietary chemical projects in the agribusiness, industrial, petrochemical, and pharmaceutical industries. After retiring from Witco, Charles was involved in forming three more companies (Kritech Consulting, Chemloch Laboratories and VRC Technologies) where he continued his work until he passed. Dr. Green served as chairman of several panels and organizations for formulation chemistry including CMA’s Nitrosoamine Panel and CMA’s Oleylamine Panel. He also served as co-chairman of the Soap and Detergent Association’s (SDA) Government Committee. He was a past advisory committee member of the International Pharmaceutical Excipients Council of the Americas and acted as lead consultant to the FDA’s Advisory Committee on Downstream Surfactants and Transmissible Spongiform Encephalopathy. Charles was a proud member of the Pearland Lions Club for over 55 years and served as Secretary in 1967 and President in 1970-1971. Charles was a very humble and generous man who enjoyed spending time with his family. He had a great sense of humor and loved entertaining everyone with his jokes. Charles was strong in his faith, loved the Lord, and will be greatly missed by all who knew and loved him. Services will be held at Clayton Funeral Home, 5530 Broadway St., Pearland Texas 77581 on Friday, June 12, 2020. Visitation will be from 10:00-11:00 am with funeral services beginning at 11:00 am with DJ Dickerson officiating. Services will be streamed on-line for those not attending. In lieu of flowers, monetary donations can be made to the Pearland Lion’s Club for the Special Needs Kids Camp in Kerrville, TX which meant the world to Charles. Approximately 30 minutes prior to the service, the link to access the live stream for Dr. Green's service will appear here on his obituary page. Please check back prior to the service with instructions. To Watch Funeral Live Use Link BELOW www.facebook.com/Claytonlivestream add as friend to view