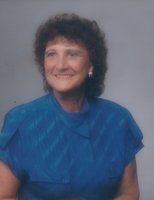 JoAnn Voelkers Nutt, 91, passed away peacefully on June 15, 2020, in the Pearland area where she lived for the past 27 years. She was born in South Bend, Indiana on July 24, 1928. She was the youngest child of John and Marjorie Voelkers. JoAnn graduated from the University of Illinois Cook County School of Nursing in 1951. She then moved to Houston, Texas, and started her nursing career as an RN. On March 31, 1954, she married Dr. Clinton DeWitt Nutt and they had 5 children. She put her career on hold while raising her children. With her children grown, she returned to nursing in the Psychiatric field and retired from St. Joseph’s Hospital. JoAnn was a caring, intelligent, and a strong woman. She was a courageous lady who endured many tragedies throughout her life. JoAnn enjoyed playing bridge, going to plays and musicals, listening to the opera, and spending time at the beach. Her family and grandchildren were very important to her. JoAnn was preceded in death by her children Clinton Nutt, Jr., John Nutt, and Deann Nutt. She is survived by her daughters, Christi Nutt Merritt (husband Billy Merritt) and Julie Nutt Christiansen.; five grandchildren, Amy Nutt, Anne-Marie Nutt Bradford (husband Bryan Bradford), Michelle Merritt, Michael Merritt, and Caitlin Christiansen; three great grandchildren, Jonathon Ramirez, Lily Brooks, and Lucas Bradford. A memorial service will be held at a later date. In lieu of flowers, the family requests that donations be made in JoAnn’s honor to the Dementia Society of America at www.dementiasociety.org.