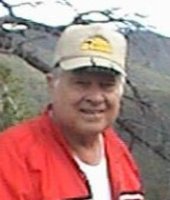 Jerry Louthan died on August 13, 2020, from a condition known as Dysautonomia, a condition which affects the nervous system. He was preceeded in death by his father, Herschel Robert Louthan, a Quaker pastor and Mary Ellen Heatwole-Louthan, a Registered Nurse. His survivors include his wife Mary, and daughter Michelle. Jerald David Louthan (Jerry, as we all knew him) was born on March 31, 1938 in Houston, Texas at St. Joseph Hospital. His younger years were lived in Wichita, Kansas, where he attended elementary school. He attended Friends Haviland Academy throughout his Junior high and Senior high school years, where he graduated in 1956. Jerry entered Friends Bible College in the fall of 1956 and graduated in the spring of 1958. He entered college at Pittsburg State University, Kansas in 1958, where he played football. Jerry graduated with an MS in Health Science and Education in 1962. Jerry met the love of his life, Mary Yvonne Houston, of Plainview, Nebraska while they both attended college in Kansas. They were married on August 12, 1958 in Plainview. After graduation, Jerry and Mary traveled to Newberg, Oregon, where he entered the field of education for the next 40 years. Their daughter, Michelle was born on November 29, 1969. Jerry and his family moved, in 1970, to Friendswood, Texas. He continued his teaching career, serving as the youth teacher at the Friendswood Friends Church. He became a coach at Pearland High School, while continuing to serve God in Christian education at his church. In 2002, Jerry retired from Pearland High School and continued serving as a Christian educator. Services will be held Saturday, August 22, 2020 at 3:00 pm at Lighthouse Fellowship Church, 925 3rd Street, League City, Texas 77573. Masks are required to attend the services. Please direct all floral arrangements to the church.