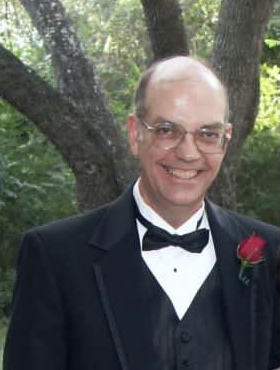 Kenneth Arden Ward was born December 13, 1948 to Kenneth Earl “Bus” Ward and Mildred Wimer in Charleston, West Virginia, and raised in Clay County, West Virginia. He graduated from Clay County High School in 1966, and was a proud alumnus of West Virginia University, earning a B.S. in Mechanical Engineering in 1970. Ken married Carol James in 1971, and he began his engineering career in York, Pennsylvania, before relocating to Houston, Texas in 1972. After roles at Fluor Daniel and BP Amoco, he finished his career as Head of Rotating Equipment at S&B Engineers and Constructors in Houston. All his life Ken loved working with his hands. He enjoyed restoring classic cars for over three decades. Ken became an avid Mopar enthusiast with his first car, a 1968 Dodge Charger, and his motto was “Mopar or no car!” He completed restorations of a 1967 Dodge Charger, a 1964 Dodge Dart convertible, and his favorite, what he called his “Dodge Charge-Up.” He was an active member and newsletter editor of the Houston Mopar Connection Club. Ken loved listening to 1950’s and 60’s oldies and loved attending concerts with Carol around Houston and in Branson, Missouri. He also loved his Shelties, especially the family’s most recent rescue, Bella. A man of great faith, Ken truly loved the Lord and was a lifelong Methodist. He served as an usher at First United Methodist Church in Pearland for over 30 years. Ken will be greatly missed by all who knew and loved him. Ken is preceded in death by his parents, Kenneth and Mildred Ward, and brother Edward Allen Ward. He is survived by is loving wife, of 49 years, Carol Ward; sons, Garrett Ward and wife, Angela, Carleton Ward; granddaughter, Ashley Ward, and a host of other dear family and friends. In lieu of flowers, Ken's family is requesting donations be made to the following: Greater Kanawha Valley Foundation, in care of the Kenneth and Mildred Ward Scholarship Fund (Science, Tech, Engineering, and Math), located at 178 Summers St, Charleston, WV, 25301. First United Methodist Church, 2314 N Grand Blvd, Pearland, TX, 77581