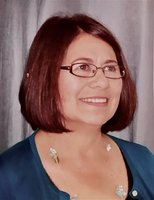 Patricia Ann Snyder, 70, passed away after a long, courageous battle with cancer on April 17, 2021, with her loving husband by her side. She is preceded in death by her parents, Robert W. and Celia Phillips. She is survived by her husband of 48 years, Terry Snyder; daughters, Sharilyn Flowers and husband Ethan, Tammi Jarmon and husband Nathan; sister, Mary Jane Leonard; grandchildren, Patrick, Kirsten, Austin, and Elijah; and a host of many other dear family and friends. Patty was born on January 26, 1951 in El Paso, Tx, to Robert and Celia Phillips. Following a championship tennis career as a teenager, where she became the Southwest United States Tennis Champion and was nationally ranked, in 1968 she received a tennis scholarship to the University of Texas in El Paso as a pioneer of the Title IX program. After earning a Degree in education, she was married to the love of her life, Terry Snyder, on November 20, 1972. Their honeymoon began in Juarez, Mexico, then continued for the next 3 years in Frankfurt, Germany where Terry served in the United States Army. They traveled extensively in Europe and Patty worked at a military hospital in Germany. Upon returning to the USA, she began teaching math and coaching volleyball, basketball, and track at El Paso’s Bellaire Jr High. With intent to start a family, Patty and Terry moved to Pearland, Texas in 1977 where Terry joined the family business, Texas Plumbing Supply. In 1978 they had their first daughter Sharilyn, followed in 1981 by their youngest daughter, Tammi. Patty was a PTA trailblazer and helped initiate the Project Graduation program for Pearland High School while her daughters were still in elementary school and continued to serve through their graduations. She had a true heart for children and her community. Patty also continued in her enduring passion and joined the HLTA Orange Seeds tennis team where she made lifelong friends and played doubles for over 30 years. Patty dedicated her life to her children, and she never stopped emphasizing learning, even when she was not teaching. She had a great appreciation for the arts, a deep love for music, and a strong respect for nature. She made sure to immerse her family and friends in the rich culture of musicals, libraries, zoos, and museums on a regular basis. She became a mother figure to so many of her children’s friends, the mom everyone wanted and needed. She was always prepared for emergencies or any situation. Patty proudly wore the title of “Smother Mother,” or “Smo-Mo,” given to her by her daughters and all that called her mom. Her grandchildren could not ask for a better granny. Patty cherished and savored every moment and taught them by example how to love, how to give, and how to forgive. She had deep Christian roots, as was shown in her depth of character. Patty had a full, boisterous laugh that emanated contagious joy, which she passed on to her daughters. She will be so greatly missed, but she will live on through the valuable lessons that she taught us. Patty’s family invites anyone who attends her services to wear brightly colored clothes, in her honor. The family wishes to extend their gratitude to the medical staff at MD Anderson Cancer Center, and especially to Dr. Amy Hassan and her team. In lieu of flowers, Patty’s family is asking that donations be made to MD Anderson Cancer Center in her memory. Donations can be made online through their website.