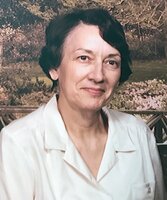 Jeanne Purkey Deschamps went to be with the Lord on November 21, 2021 at the age of 92. She was born in Asheville, North Carolina on June 24, 1929 to Daniel Oliver Purkey and Lena Penland Purkey. She was the second oldest of 5 daughters. She graduated high school from Warren Wilson in Swannanoa, North Carolina in 1947. There she met the love of her life Alfred Deschamps. They married in 1947 and started their college career together at Berea College in Kentucky. She later transferred to University of Kentucky and graduated in 1952 with a Bachelor of Arts Degree in Education. In 1954 they moved to Texas and began raising a family. She was active in her church and taught Sunday School for many years. She loved to travel with family and friends, enjoyed playing piano and was an avid reader. She was a loving wife and a devoted mother. She will be dearly missed. She is preceded in death by her husband of 56 years, her parents and her sisters Marietta Suhart, Joan Watkins and Anita Wiggington. She is survived by her son Rodney Deschamps (Janet), her daughters Lenette Miller (David) and Alfreda Meador (Tommy), 7 grandchildren and 8 great-grandchildren, her sister Shirley Hendrix, her sister-in-law Clotilde Guisasola and many nieces and nephews. In lieu of flowers, memorial donations can be made to First Baptist Church Pearland, 3005 Pearland Parkway, Texas, 77581.