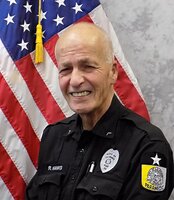 Randy Hanks, 66, passed away on Christmas evening, 2021, at home surrounded by his loving family. He is preceded in death by his father, Travis Don Hanks. Left to cherish Randy’s memory are his mother Marlene Wozniak Hanks; his loving wife, of forty-five years, Mary Fagot Hanks; sons Daniel Hanks and wife Dana, Michael Hanks and wife Kristy; daughters Katy Pfingsten and husband Erich, Donna Dozier and husband Devin, Sarah Hanks, and Elizabeth Hurkmans and husband Matthew; brothers Rory Hanks and wife Dana, and Ricky Hanks; twelve grandchildren and a host of other loving family and friends. Randy was born in Dallas, Texas on November 29, 1955. He grew up in Dallas where he graduated from Bishop Lynch High School in 1974. Upon graduation from High School, he attended the University of St. Thomas. During this time, he drove to Southwest Texas State University every weekend to see the love of his life, Mary, who would later become his wife. After marrying, Randy and Mary moved to Houston and had their first born son, Daniel in 1978. That same year Randy graduated from the Houston Fire Academy and began his long career of service. Son, Michael was born before they moved to LaPorte in 1983. After moving to LaPorte four daughters were born, Katy, Donna, Sarah, and Elizabeth. From his six children came twelve wonderful grandchildren. Madisyn, Kaylee, Caleb, Macy, Gavin, Jackson, Addilyn, Charlotte, Clayton, Hudson, Ella, and Brooks. Randy was a man who loved serving others, spending 30 years as a Firefighter/Paramedic with the Houston Fire Department. In 1993 he began a second career with the LaPorte EMS where he proudly served his community. Randy retired from La Porte EMS on August 31, 2021 after a battle with cancer. On October 17, Randy suffered a stroke and had since been in palliative care at his home in La Porte. In total, Randy served his community as a First Responder for 43 years, commonly found with a cup of coffee, a cigarette, and his prayers ready to listen to anyone who needed to talk in between runs. Randy was a generous man and faithful servant of God. He sought every opportunity to share his faith and encourage those in need, with his only intention being to leave those he came into contact with better than he found them. Randy supported numerous charities even when he was facing financial hardships himself. He cherished his family and loved spending time with them, especially in the water. He possessed unmatched character, integrity, work ethic, and love for his fellow man. He was a wonderful example, advocate, teacher, and friend. He will be greatly missed by all who loved and knew him. Services for Randy will be: Visitation 6:00 – 7:30 pm, Thursday, December, 30, with a Rosary following at 7:30 in the Clayton Funeral Home Chapel, in La Porte, Texas. Mass of Christian Burial will be Friday December 31st 10:00 am at St. Mary of the Immaculate Conception Church, 816 Park Dr. LaPorte, Texas.