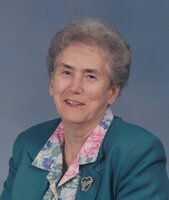 Leta Alice Branum, 92, passed away Monday, January 3, 2022. She is preceded in death by her parents Emmett and Evelyn Daniel; loving husband Jack Branum; brothers Emmett Charles Daniel, Alfred Oscar Daniel, Emmett Harry Daniel Jr., Wilbert Lee Daniel; sisters Evelyn Bertha Poston, Margaret Theresa Lightfoot; and grandson David Ellison. Left to cherish Leta’s memory are her daughters Charlette Brown and husband, Lynn, Catherine Gonzales and husband, Ron, Marie Branum; sister-in-laws Earline Daniel, Sharon Daniel; brother-in-law Jim Lightfoot; nine grandchildren; seventeen great grandchildren, and a host of many other dear family and friends. Leta was born January 26, 1929, in Galveston, Texas. She graduated from Milby High School, in Houston, in 1947. Leta married the love of her life, Jack, on November 15, 1950, and they were together until his death in 1976. Leta worked as a secretary at Goodyear Tire and Rubber, a dispatcher at Dresser Atlas, and a secretary for Morris Covin Associates. She was a member of the Pearland chapter of the American Business Women’s Association. Leta was strong in her faith and loved the Lord. She was a member of St. Stephen’s Lutheran Church, now New Life Lutheran Church. Leta enjoyed bowling and was active in a bowling league for many years. Most of all Leta loved spending time with her family. She especially enjoyed family reunions, birthday parties, and get-togethers at Christmas and other holidays. Her grandchildren and great grandchildren were her pride and joy. Leta was affectionately known to them as their “Meemaw”. She will be greatly missed by all who knew and loved her. Services for Leta will be held on Friday, January 7, 2022, at Clayton Funeral Home, 5530 West Broadway, Pearland, Texas. Visitation is scheduled from 10:00 – 11:00 am. The funeral will be held at 11:00 am with Pastor Brian Gigee officiating. Interment will follow at South Park Cemetery, in Pearland, Texas.