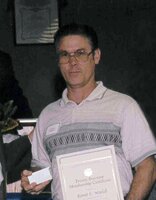 Ronnie Woodall, 71, passed away Monday, January 24, 2022. He is preceded in death by his, parents Hulen and Betty Beck Woodall; and brother Ernie Woodall. Left to cherish Ronnie’s memory are his loving wife Shirley Meloncon Woodall; sons Jason Woodall and wife Tish, Kevin Woodall and wife Julie; daughter Kristy Woodall; brother Junior Woodall; sister Susan Tettenhorst; mother-in-law Mae Alice; grandchildren Taylor, Aiden, Skye, Zach, Madison, Madeline, Presley, Jaxon, Jacob, and Destiny; three great grandchildren, and a host of other loving family and friends. Ronnie was known as a man that cared for his family deeply. He always put his family first and foremost above and before all else. He was the type of guy that made sure everyone was taken care of. Ronnie loved his wife Shirley with all his heart and made sure all her needs were met. His grandchildren were very special to him, and he enjoyed spending time with them as much as possible. Ronnie was also known to be a jokester and loved a good laugh. He loved to agitate and give family and friends a hard time. Ronnie was a jack of all trades and thought everyone should know a little about everything. He was a good instructor and was willing to teach those who would take the time to lend an ear. Ronnie will be greatly missed by all who knew and loved him. Visitation for Ronnie will be Friday January 28, 2022 from 6:00-8:00 pm, at Clayton Funeral Home, 201 S 3rd St, LaPorte, Texas.