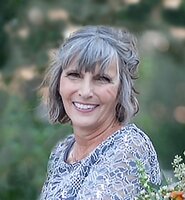 Mary Linda Stroope, 72, passed away Wednesday, March 30, 2022. She is preceded in death by her parents Raymond Bernard and Mary Eloise Delle; stepmother Kathryn Delle; brothers Floyd Delle, Richard Delle; and sister Rae Louise Delle. Left to cherish her memory are her loving husband, of 51 years, Jerry Stroope; son O.T. Cole Stroope and wife, Maria; daughter Lauren Rae Stroope; stepsister Kathy Magers and husband, Chuck; granddaughter Daniella Stroope, and a host of many other family and friends. Mary Linda Stroope was born in Dallas, Texas on August 21, 1949. She was the youngest of four siblings. Mary Linda grew up in East Dallas where she attended Bryan Adams High School and became the head majorette. Mary Linda went on to attend North Texas University. She earned a Masters in Psychology there and also met her future husband Jerry Stroope. Mary Linda and Jerry were married on April 7, 1971. Mary Linda taught Latin and History in public schools until she earned her masters and then she became a school counselor while her husband Jerry worked honeybees. In 1988 Mary Linda gave birth to Lauren Rae Stroope. In 1990 she gave birth to O.T. Cole Stroope. Mary Linda never went back to teaching. She decided to stay home and home school her children until they were ready to enter public schools. Mary Linda was an excellent home schoolteacher. She worked hard to give her children a rounded education which included many field trips to various places. Her children received the love, education, and the encouragement which helped them prepare for life. When the homeschooling days were over, instead of going back into the public school system, Mary Linda decided to join her husband in the bee business and help build Stroope Honey Farms, LLC. Mary Linda and Jerry worked side by side with the bees. As the company grew, Mary Linda decided to spend her time helping market the honey. So many days and weekends it was common to see her in town at some grocery store doing demos where she introduced their honey to the public. Mary Linda became known as the bee lady or honey lady by many. In 2012 Mary Linda and Jerry built a house on their bee farm in the country. Mary Linda planted lots of flowers and set up bird feeders everywhere. She loved her flowers and wildlife. She turned her new home into her dream home and never quit adding some new look to her home. Mary Linda and Jerry did lots of traveling their last five years together. Mary Linda was not afraid of Covid, so she and Jerry took advantage of great travel rates and continued seeing new places. Mary Linda became a grandmother on Nov. 26, 2021, when O.T.’s wife Maria gave birth to Daniella Doris Stroope. Mary Linda naturally took to her new granddaughter and loved seeing her at every chance. Mary Linda had been suffering from back pain since December of 2021. On March 23rd, 2022 doctors diagnosed her with stage 4 pancreatic cancer. At that late stage of cancer, Mary Linda decided to go home. She checked out of the hospital on Saturday March 26th. In the early Wednesday morning of March 30th, Mary Linda passed away in her own bed with her family by her side. She will be greatly missed by all who knew and loved her. The family will have a memorial service for Mary Linda at a later date.