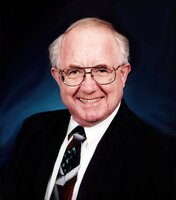 James “Jim” LeRoy Meek went to be with the Lord on Friday, January 13, 2023. Jim was preceded in death by his parents, W. Frank and Dora Owens Meek and his brothers, William and Frank Meek. Left to cherish Jim’s memory are his loving wife of 57 years, Sandra Pitts Meek; son, David Meek; daughter, Laurel Meek Spence; sisters, Delores Moore and Barbara Wilson; grandchildren, Madeleine, Katherine, and Julia Spence; along with a host of many other dear family and friends.

Jim was born and raised in Birmingham, Alabama where he graduated from Woodlawn High School as part of the class of 1960. Following graduation, Jim enlisted in the United States Air Force and achieved the rank of Airman Private First Class before being honorably discharged. Jim was stationed for two years at Dyess Air Force base in Abilene, Texas, and spent two years at Misawa Air Force base in Northern Japan. While he was stationed in Texas, Jim met his loving wife, Sandra, who was a college student at the time. They were married on July 3, 1965, at First Baptist Church in Sandra’s hometown of Sweetwater, Texas.

Jim and Sandra began their married life in Birmingham, Alabama. Jim graduated from Jefferson State Community College in 1968, and from the University of Alabama at Birmingham (UAB) in 1972. He would then begin a 25-year career as a mortgage banker, underwriter, and manager at Collateral Investment Company. This new career would move their family to Texas in 1986 where he worked for Gibraltar Savings in Houston and Fort Worth Mortgage/Colonial Savings in Fort Worth. In 1996, Jim began a second 26-year career as a realtor with Century 21 in the DFW area and later as a realtor and property manager with Re/Max Top Realty, now Houston Top Realty, in the Pearland/Greater Houston area. Jim’s son David joined him in the real estate business 12 years ago and will continue his legacy.

Jim was a loving spouse, father, grandfather, and a wonderful provider for his family. He was an easygoing man who never met a stranger and genuinely cared for everyone. He was always ready with a joke and loved to make people laugh. Jim was also a man of great faith; he was a member and deacon at Willow Meadows Baptist Church in Houston for 19 years. He will be greatly missed by all who knew and loved him.

Jim’s family would like to extend a heartfelt thank you to the doctors, nurses, therapists, caregivers, and staff at Memorial Hermann’s Pearland hospital for the outstanding care and kindness they exhibited during the final three weeks of Jim’s life.

In lieu of flowers, Jim’s family suggests that contributions be made to the University of Alabama at Birmingham (UAB) scholarship fund, Jimmie Hale Mission for the homeless in Birmingham, or Willow Meadows Baptist Church in Houston.

A private graveside service for Jim’s family will be held at Houston National Cemetery on Friday, January 27, 2023. The public is invited to a Celebration of Jim’s life at Willow Meadows Baptist Church (4300 W. Bellfort St, Houston, Texas 77035) on Saturday, January 28 beginning at 1:00 PM.