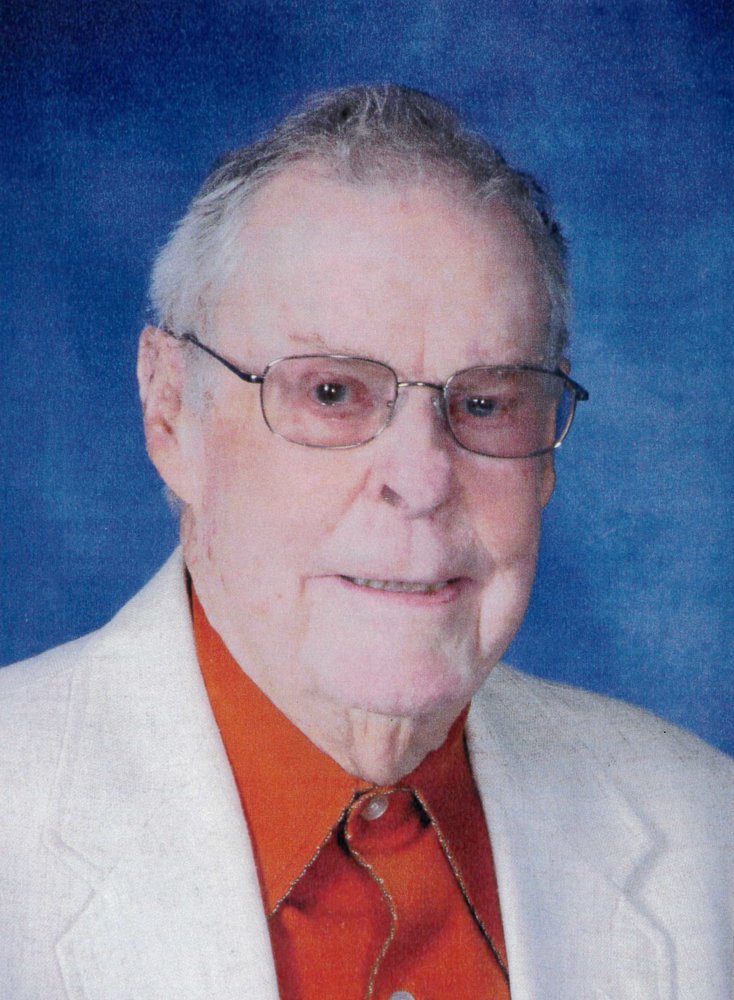 Roy attended the University of Texas from 1940 to 1944. As sophomore, he married his junior high school sweetheart, Johnnie Louise Bevel on November 28, 1941.  They were married over 71 years.  At Texas, he was a member of Sigma Nu Fraternity and the University Texas Cowboys.

Roy served in the U. S. Navy and was honorably discharged as an Electronics Mate 3rd Class after having served on 3 ships.  After the war, he worked in the painting business and retired after being a painting contractor for 22 years in Houston.  He belonged to the Painting and Decorating Contractors of America and served as State Vice President and President of the Houston Chapter.  Roy and Johnnie attended International Painting Contractors conferences in Denmark, Sweden and Finland.

After spending most of his life in Houston, he retired to the Palacios area and became a member of the First Baptist Church for 34 years.

In lieu of flowers, the family requests that donations be made in Roy’s honor to the First Baptist Church of Palacios, 202 Main Street, Palacios, Texas 77465.  A graveside service will be held December 12, 2018 at 11:00 am at the Palacios Cemetery with Pastor Chris Webb presiding.