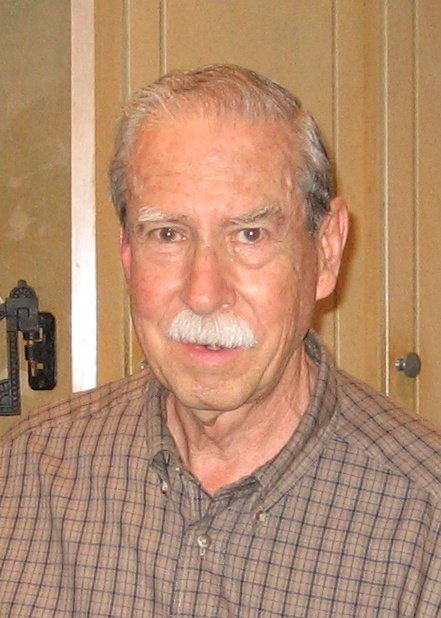 Merlin Anthony Castille passed away peacefully in his home on February 4th, surrounded by his loving family.  Born in Houston on the 19th of April in 1930, he was the third of four children born to Joseph Aloysius Castille and the former Johanna Barry.  He attended Holy Rosary grade school, then St. Thomas High School, from which he graduated in 1948.  Merlin attended Texas A&M College for one year, then transferred to the University of Houston, graduating with a degree in business in August, 1952.  Having met his soulmate, the love of his life, JoAnn Auer, in the Catholic Youth Organization at St. Vincent de Paul Catholic Church, they married at St. Vincent’s on the 4th of October, 1952.  Merlin served in the army for 2 years, including he and JoAnn being stationed in DeRidder, Louisiana.

A year after their marriage, Merlin and JoAnn welcomed, but soon buried their first son, Jude, who passed away following complications during birth.  They were blessed with the birth of their second son, Merlin Gerard (“Gerry”) in 1955, followed by their first daughter, Deborah Ann, arriving in 1956, and another son, Ralph Joseph in 1958.

Merlin worked for Schlumberger from his college graduation until his retirement, over 33 years for one employer.  He also supplemented his income working weekends at Wagner Hardware.  After retirement, he spent many hours volunteering for the United Way, and at the St. Theresa Catholic Church food pantry.

A devout Catholic, Merlin was an active parishioner throughout his life, at St. Vincent de Paul, Holy Ghost and St. Theresa in Sugar Land. A man who never, ever spoke an ill word of others, Merlin lived his life, first and foremost, to be the patriarch of a large and loving family. He enjoyed fishing and hunting, playing cards, especially Bridge and Gin Rummy, camping in the outdoors, shooting pool, traveling with his wife, swimming with the grandkids, watching the Astros, working in the yard, and eating Mexican food at Los Tios or Casa Ole.

The family would like to give a special thanks to all of Merlin’s caregivers, especially Roxanne, Martha and Majestic Staffing – Vick, Jessica, Freddy, and Frieda, as well as IPR Hospice nurse Jennifer.

A rosary service will be held Friday February 8th, at 10:00 AM, at Holy Ghost Catholic Church. A funeral will be held immediately following, at 10:30 AM.  In lieu of customary remembrances, the family requests with gratitude that contributions in Merlin’s memory be directed to the Alzheimer’s Association, or the charity of one’s choice.

Share Your Memory of
Merlin
Upload Your Memory View All Memories
Be the first to upload a memory!
Share A Memory
Send Flowers