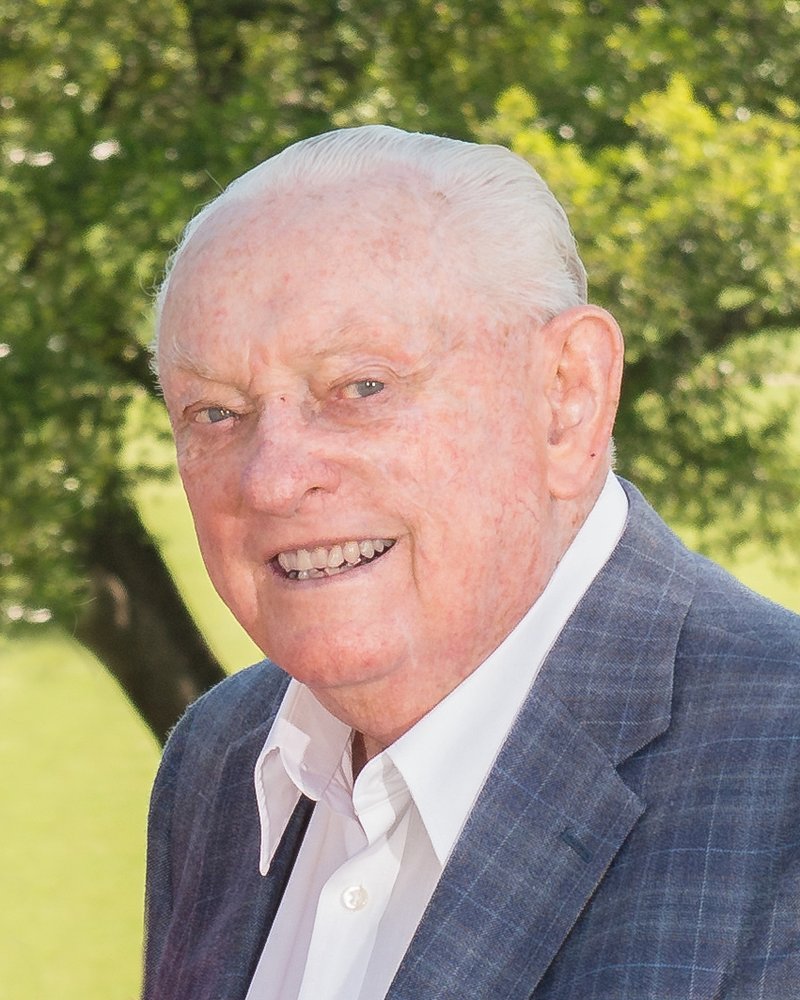 Louis John Pelz Sr. went to be with our Lord Wednesday, May 15, 2019.  Louis spent his life dedicated to his family, friends, country, community and church.

Born in LaPorte, Indiana in 1929 Louis left at age 19 to serve his country during the Korean War as a member of the U.S Army.  After completion of his military service he attended and graduated from Jacksonville State University in 1953. It was there he met the love of his life and wife of 64 years, his surviving spouse, Shirley Pelz.  He is also survived by his son, Louie Pelz Jr and his wife, Lori Pelz, his daughter Valarie Hoffman and her husband Eliot Hoffman, MD., his daughter Margaret DeTullio and her husband Ray DeTullio.  Louis is also survived by his grandchildren; Gregory and Sarah Hoffman,  Andrew and Matthew DeTullio, and Cameron , Olivia, Lauren and Nicholas Porter.

After graduating from college Louis and Shirley moved to Houston where he began his career as a production clerk and accountant for the Standard Oil Company of Texas.  As his career progressed, he accepted a new opportunity to work with Tenneco Oil in Corpus Christi, Texas.  This is where Louis began to expand his dedication to his community and his Church.  He served on the  board of the OSO little league, and as a Scoutmaster in the Boy Scouts.  He was an active Parishioner and member of St. Pius X Catholic Church. There he served in the Knights of Columbus,  was a teacher of Confraternity of Christian Doctrine and Eucharistic Minister.

Louis and Shirley moved to Pearland, Texas in 1972 where Louis managed three insurance agencies and eventually opened his own.  Louis continued his community work and served as Secretary and President of the Rotary Club.  He served as chairman over the annual Golf Tournament for seventeen years.  This tournament was responsible providing thousands of dollars for college scholarships to deserving Pearland High School Seniors.   He and his wife Shirley received the Paul Harris Award for outstanding services in the Rotary Club.

Louis was an avid golfer and the family were members of Golfcrest Country Club where they all enjoyed playing golf.  He was very active club member serving as secretary and President of the Men’s Golf Association as well as serving on the Board of Directors.

Share Your Memory of
Louis
Upload Your Memory View All Memories
Be the first to upload a memory!
Share A Memory
Send Flowers