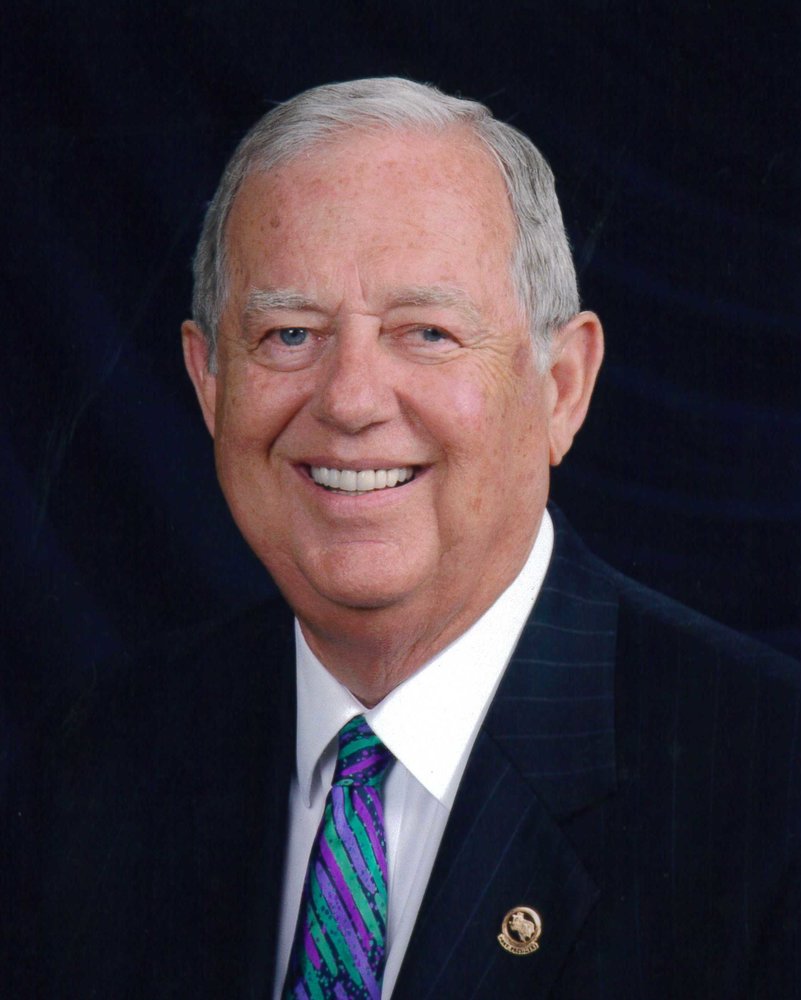 Please share a memory of David to include in a keepsake book for family and friends.
View Tribute Book

David proudly served his country in the United States Navy.  He and Libby met while he was stationed at Port Isabel Naval Air Station in South Texas.  Upon his discharge from the Navy he attended Gupton Jones Mortuary School in Dallas Texas where he became a licensed Funeral Director and Embalmer.  He maintained his license for more than 60 years.  David set the bar for professional standards in the funeral service industry.  If you ever worked for him, you either learned these high standards or you were not around for long.   David was a successful business owner of Anderson-Clayton Bros. Funeral Homes for many years. After selling the company to Stewart Enterprises, he served as the Division President for the Southwest Region for many years until his retirement.

David enjoyed investing and studying the stock market.  He always made sure to keep up with current events and followed politics on his beloved FOX News.  David and Libby loved traveling all over the world and often brought extended family and sometimes friends along on these great adventures.  David was kind and generous throughout his life.

He would never ask you to do anything that he wouldn’t do himself.  David had a strong moral compass and always chose to do the right thing.  One of his favorite sayings was “always remain above reproach”.  He was a man of strong faith and always was a great example to everyone who knew him.  David was affectionately known to all his grandkids and great grandkids as “Papa”.  He will be greatly missed by all who knew and loved him.

In lieu of flowers, the family requests that donations be made in David’s honor to the charity of your choice.  Please no flowers.