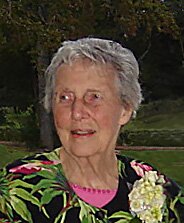 Please share a memory of Mildred to include in a keepsake book for family and friends.
View Tribute Book
It is only natural that Mildred would choose the month of December to have her family celebrate her birth and passing. After all, we only have 20 or so family birthdays in the month including 2 of her 5 children – the best of Christmas presents. Mildred Lec Herrmann, age 103, died quietly on December 18, 2021. Mildred was the oldest daughter of late Thomas William and Addye Perry. The couple’s first child, a boy named T.W., died before Mildred’s birth. As a young child, Mildred moved with her parents from Willis, Texas to El Dorado, Kansas. Following the births of a sister and 2 brothers, the family moved back to Texas where she graduated from Robert E. Lee High School in Baytown. Mildred was a tall, pretty girl with dark curly hair and the bluest of eyes and always a lovely smile. John Herrmann, a young man from Dubuque, Iowa came to live with the Perry family for Room & Board during the depression while he searched for employment. John was to become the love of Mildred’s life and they were married on July 20, 1936. Shortly after their marriage they moved to Chicago where their first child, Diane, was born in December. Mildred was sure she might freeze to death in that windy cold city and by the end of the year they were successful in making it back to Baytown, Texas. John went to work for Shell Oil and after a few years they moved across the ship channel to Morgan’s Point. As the family continued to grow, they looked for a larger home and on a cold winter’s day moved into a permanent home at 91 Bayridge Road. How many women would be willing to move into an old bay front house that had sat empty for more than 15 years and whose residents were all the four-legged variety! There was a large cast iron stove in the kitchen and one worktable. The 15’ ceiling had a vented peak which could be opened to allow hot air to escape in the summer. For warmth we sat on the oven door of the cast iron stove or stayed close to the fireplace in the living room. Three large ceiling fans completed the amenities. Mildred tackled what seemed an impossible task of turning a skeleton of a house into a home that 5 children (yes, another December baby) and family members and friends would come to love. Mildred’s life was full of purpose and driven by love of family, neighbors, and friends. A wonderful cook, she always made room for one more at the table. Many guests were treated to homemade bread and pots of seafood gumbo. Always on-call, she nursed us through measles mumps and chicken pox and bandaged every type of scrape and cut. The bay in front of our house was our playground; she would go to the beach with us picking up shells and driftwood and then race us back up the hill. Following Johns death in 1991, Mildred continued to live in her Bayridge home and to care for family members and friends. She was a loyal member of La Porte Community Church and supported the Morgan’s Point city council; it seems there was always a need for cookies. Mildred will be missed by the many people who benefited from her presence in their lives. Preceded in death were her husband John Richard Herrmann and son Richard Thomas Herrmann. Her brothers and their wives; Gerard & Eleanor Perry and Harold & Jo Perry. A brother-in-law, Henry Post, and son-in-law Mark Woodson. Surviving Mildred is her sister, Doris Jean Post; daughter Diane Woodson; daughter-in-law Mary Herrmann; daughter Linda and Richard Halter; son David Perry and Margaret Herrmann, daughter Mary Lou and Joe Carmichael. Mildred was loved by generations of family that included a community of grandchildren, great grandchildren, and great-great grandchildren. Many friends became adopted family members also. A very special group of care givers at Memory Lane in Tomball became part of our family, too. We are so grateful for the care they provided, and we always knew our Mom was in good hands. A celebration of life will take place at 11:30 am Thursday, December 30th at the La Porte Community Church with a lunch reception following the service. In lieu of flowers the family kindly requests guests bring a non-perishable food to the donated to the local food bank. A collection will be made in her memory.
Thursday
30
December

Share Your Memory of
Mildred
Upload Your Memory View All Memories
Be the first to upload a memory!
Share A Memory
Send Flowers