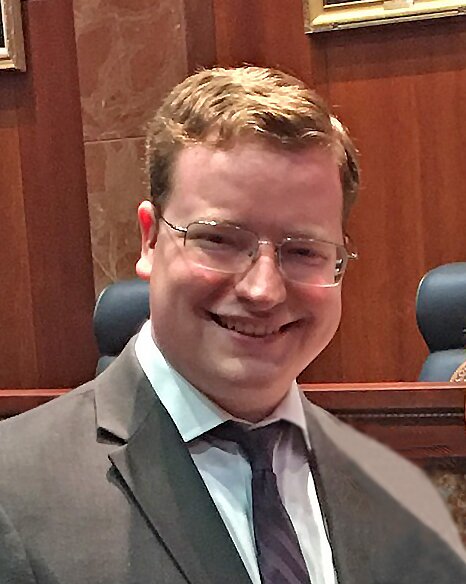 Please share a memory of Holden to include in a keepsake book for family and friends.
View Tribute Book
Holden Thomas Tanner, 26, passed away on Sunday, March 13, 2022. Left to cherish Holden’s memory are his parents John and Patricia Tanner; loving wife Stephanie Tanner; son Alexander Tanner: daughter Cordelia Tanner; siblings Avery Jaye, Michael Tanner, Lucas Tanner and wife, Taylor, Storie Tanner, and a host of many other family and friends. Holden was a dedicated follower of Christ whose faith infused his every action and every relationship. He was a treasured son, husband, father, brother, and friend. He was passionate about the law and, although his law career had only begun, was already impacting the world around him with his exceptional legal mind and commitment to justice. Holden was originally from Beaumont, Texas where he was homeschooled through high school graduation. At the age of 14, he met Stephanie, and determined that one day she would be his wife. He told his parents, “I need to be excellent for her” and set about pursuing that excellence. He graduated Summa Cum Laude from University of Houston’s Honors College in 2018 and from Yale Law School in 2021. Following graduation, Holden poured his passion into his job as a Law Clerk at the Texas Supreme Court until his death. He thoroughly enjoyed working for Justice Jimmy Blacklock and his brilliant staff. Holden inspired people and he encouraged people. He was an avid reader, having read many of the more than 3,000 books in his family library, and enjoyed discussing them with colleagues, family, and friends. He was both a skillful communicator and listener. Holden invested in relationships, being fully present with people and making sure they knew how precious they were to God and to him. His laughter filled every room, and he was as likely to be found singing karaoke with his brothers as he was pondering the writings of Socrates. He exuded life and he understood life on a far deeper level than expected in one so young. He impacted every life he encountered and leaves for his family and friends a legacy of faith in the God he loved. Services for Holden will be held on Sunday, March 20, 2022, at First Baptist Church Pearland, 3005 Pearland Parkway, Pearland, Texas. Visitation is scheduled from 3:00 – 4:00 pm. The funeral service will be held at 4:00 pm, with Pastor David Adams officiating. In lieu of flowers, the family requests donations be made to meet current needs and for the children’s future education at Donate - FBC Pearland (churchcenter.com).
Sunday
20
March

Share Your Memory of
Holden
Upload Your Memory View All Memories
Be the first to upload a memory!
Share A Memory
Send Flowers