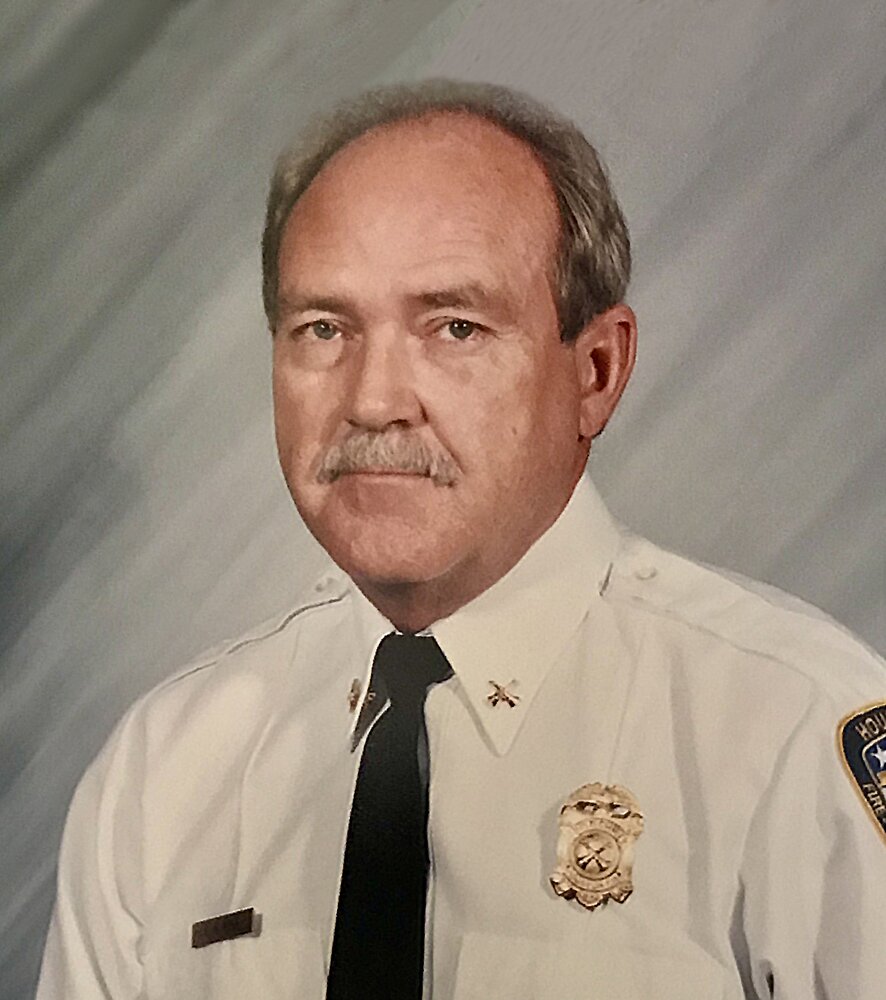 Please share a memory of Harold "Buddy" to include in a keepsake book for family and friends.
View Tribute Book
Harold “Buddy” Merdo Ross Jr., 73, went to be with the Lord Friday, April 1, 2022. Harold was born February 22, 1949, to Inez and Harold M. Ross. Sr., in Houston, Texas. Harold, like his father, served as a Houston Firefighter and District Chief with the Department for over 25 years. He was also employed with the Harris County Fire Marshall’s office as an Arson Investigator. He was always thinking of others and was a dedicated provider for his wife & daughter with whom he cherished dearly. Harold was married to the love of his life and soulmate, Brenda, for 36 years before her passing in 2017. Oftentimes showing up in his uniform, smelling like ash & soot, he loved coaching Allison’s softball teams and never missed a game. Throughout his life he enjoyed dove hunting, wade fishing in Bolivar, watching basketball, and golfing with his friends & daughter. Also close to his heart was his yearly fishing trip with his Firefighter buddies he called his brothers at the bay house in Sargent, Texas. In his spare time Harold was fond of old westerns, particularly Gunsmoke, that he watched with his daughter. He called his two grandsons Hashbrown & Tatertot, his pride and joy. Anytime he would get to sit around and reflect on life or tell them stories, teach them about life, watch them in sports, or just love on them were always coveted moments for him. Harold was known to be a man of few words so when he did speak, you listened, and it would most likely resonate with you forever. Buddy will be greatly missed by all who knew and loved him. Harold is preceded in death by his father Harold Merdo Ross Sr.; mother Inez Rosie Walker Ross; wife Brenda Sue Hale Ross; brother Steven “Fuzz” Ross; sister in law Mavis Ross; sister Johanna Ross; grandchildren Landon “Beau” Schuetz, and Journey Rae Jordan. He is survived by his daughter Allison Michele Ross-Schuetz; grandsons Gracen Ross Schuetz & Tucker Royce Schuetz; sisters Susan Varner and husband, Sam, Stephanie Nichols and husband, Curt, Kimberley Moore, a host of many other family & friends as well as all his fellow brothers of the Houston Fire Department. Services for Buddy will be held on Tuesday, April 12. 2022, at Clayton Funeral Home, 5530 West Broadway, Pearland, Texas. Visitation is scheduled from 10:00 – 11:00 am. The memorial service will follow at 11:00 am, with Chaplain Richard R. Ponce II officiating.
Tuesday
12
April

Share Your Memory of
Harold "Buddy"
Upload Your Memory View All Memories
Be the first to upload a memory!
Share A Memory
Send Flowers