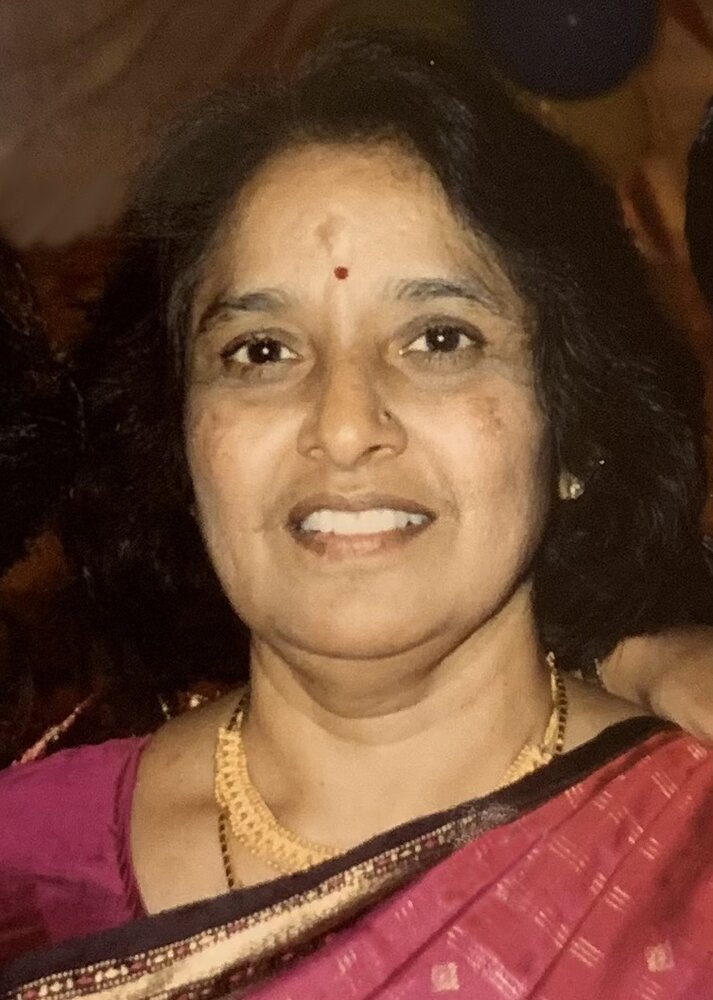 Please share a memory of Kusuma to include in a keepsake book for family and friends.
View Tribute Book
Kusuma passed away on Tuesday, April 5th, 2022 in the loving arms of her husband, T.K. In life Kusuma never revealed her age so her family will honor her wishes in death and simply say she was born in Bhatlapenumarru, India. She and T.K. celebrated their 69th wedding anniversary the day before she left us. The couple started their married life in Waltair (a suburb of Vizag). From there they moved to Bombay where TK worked at Bombay Atomic Energy where they very much enjoyed their young married life. But Kusuma had her eyes set on a bigger dream. She decided to send her husband to the US to study at the University of Arkansas in Fayetteville. Kusuma joined him in January 1968. Their life here in America saw them first making their home in Fayetteville, St. Louis, then Houston, then South Carolina, then a stop in NJ, followed by Maryland before returning to Texas. The places may have changed but Kusuma’s ability to create a community or to become an integral part of an existing community was one of her defining characteristics. The simple fact is that wherever Kusuma went she found friends and made friends into family. Kusuma’s greatest abiding joy in her life was undoubtedly her son, Sreedhar. He was always her shining light. But Kusuma was also an aunt and grandmother to many who she adored and who adored her back. Those who loved her will remember Kusuma’s passions - family, jewelry, beautiful clothes and parties. She was an avid gardener and excellent cook. She will be remembered for her generous heart and spirit.
Saturday
9
April

Share Your Memory of
Kusuma
Upload Your Memory View All Memories
Be the first to upload a memory!
Share A Memory
Send Flowers