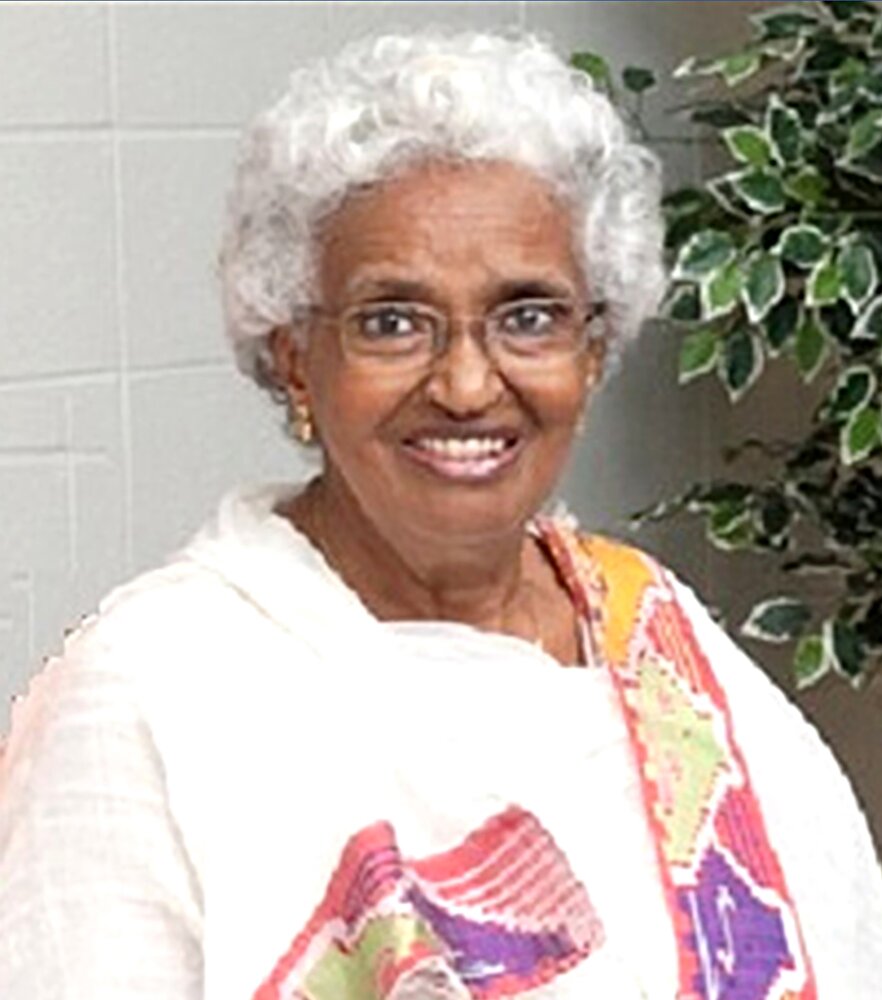 Please share a memory of Miriam to include in a keepsake book for family and friends.
View Tribute Book
Mama Miriam was born July 03-1933 to Mr. Sahle Andemichael and Mrs. Letesus Ghebreselassie in Asmara Eritrea. Having completed the highest education prescribed at the time, she attended Teachers Training Institute to become a teacher where she successfully graduated in 1951 at the age of 18. The same year, July 16, she was married to Cap. Ghebremichael Kelati and moved to join him in the city of Medefera, where he was teaching. There, she joined the work force and started her first teaching job. Back in Asmara city, a couple of years later, she continued teaching at a school, which was known as Etege Mennen Elementary School at the time, for over fifteen years. In between time, the Lord blessed them and their home with nine children: Berhane, Zion, Hiruy, Sara, Ariam, Fassil, Sewit, Fetwi and Milka; thirteen grandchildren: Fithi, Emnet, Danyom, Hiyab, Sewit, Sesen, Danya, Bruk, Fekri, Petyas, Simón, Petros, Lemuel and Eliana; and, four great grandchildren. In the late seventies, as circumstance required it, Mama Miriam relocated to Addis Ababa, where her husband, Capt. Ghebremicahel had already been. There, she continued her school teaching, both in elementary and middle school for a few years. Four of their children had joined the war effort for the freedom of their country and liberty of their people. In 1986, the couple moved to the United States to join three of their children who had already been there. Capt. Ghebremichael and Mama Miriam were married for 58 years until his death in November 24 of 2009. Mama Miriam left her temporary dwelling here on earth on April 07-2022 to join her Savior and Lord Jesus Christ in her eternal home. She was proceeded in death by their four children: Berhane, Aryam, Sewit, Fetwi; grandson, Emnet, and her husband Capt. Ghebremichael Kelati and son-in-law Garza Mehari. She is survived by five children: Hiruy, Zion, Sara, Fassil and Milka; and three children in-laws: Selam, Sium, and Olga. Although we are going to miss her immensely, it warms our hearts knowing that it is not only the family but a mutual feeling with all those that adored and respected her. Most of all, we are enormously thankful to the Lord for her. We are grateful for all she has done for us and always be missed. Services for Miriam will be held on Wednesday, April 13, 2022, at Clayton Funeral Home, 5530 West Broadway, Pearland, Texas. Visitation is scheduled from 10:00 - 11:00 am. The funeral service will be held at 11:00 am. Interment will follow at Houston Memorial Garden Cemetery, in Pearland, Texas.
Wednesday
13
April

Share Your Memory of
Miriam
Upload Your Memory View All Memories
Be the first to upload a memory!
Share A Memory
Send Flowers