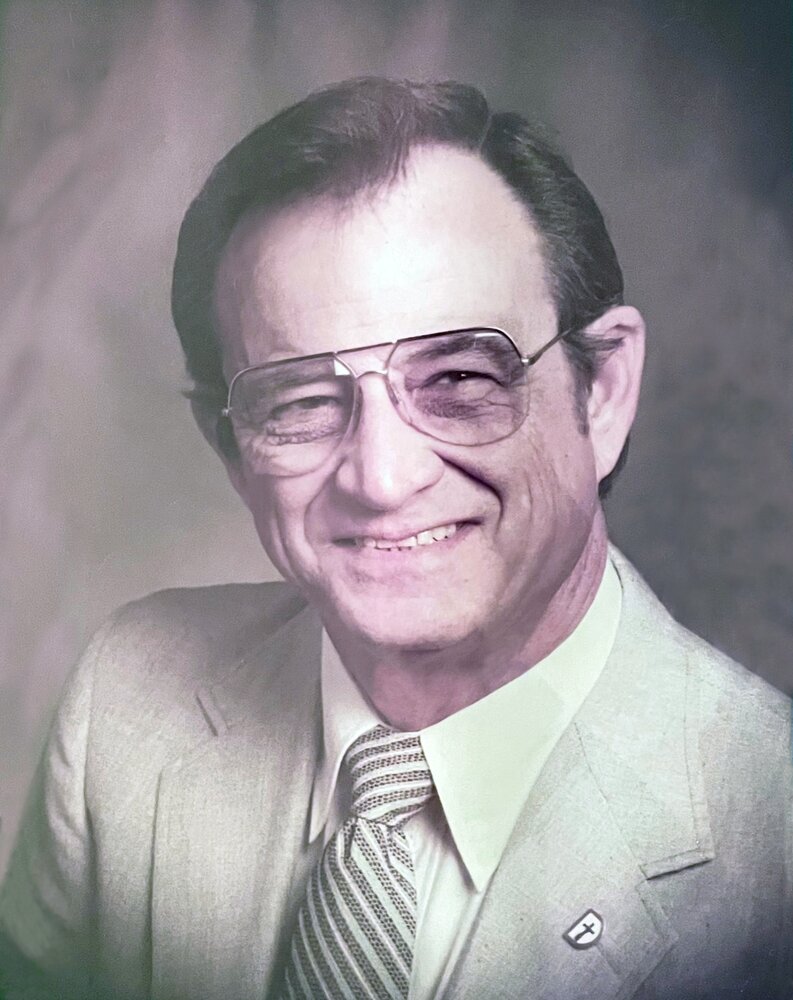 Please share a memory of Edward "Tom" to include in a keepsake book for family and friends.
View Tribute Book
Edward “Tom” Lewis, 90, passed Monday April 18, 2022. He is preceded in death by his parents, Edward Thomas Lewis Sr. and Elizabeth Carroll Lewis; and sister Mary Ann Corona. Left to cherish his memory are his loving wife, of sixty - five years, Patricia Ross Lewis; sons, Steve Lewis and wife Gloria, David Lewis, and Michael Lewis; daughters, Patricia JoAnn Lewis Harrison and husband, Sterling, Laura Elizabeth Lewis Rocchino and husband, Michael; brother, Neil Lewis; grandchildren, Austin, Derrick, Samantha, Matthew, Michael, Jeremy, Sabrina, and Brittany, and a host of many other family and friends. Tom graduated from Kirwin High School in Galveston (class of' 49), attended Texas A and M (class of '53), and received a bachelor's degree in theology from University of St Thomas (1975). He proudly served in the United States Army from 1953-55. Tom was a well-known newsman and broadcaster In Galveston and Beaumont for many years. He was one of the 'big eight' that kept KGBC radio on the air throughout Hurricane Carla, the only news source and only connection Galveston had with the outside world. Tom went on to be a successful sales professional in Houston. A man of faith, Tom loved the Lord, and he loved church history. He was ordained a Permanent deacon in 1975 and served St. Mary's parish until his retirement in 2005. Tom was also an accomplished instrument rated pilot, a sports car enthusiast, and he loved Texas A&M football, and the Houston Astros. He will be greatly missed by all who knew and loved him. Services for Tom will be held at St. Mary’s of the Immaculate Conception Catholic Church (816 Park Dr., LaPorte, Tx 77571) The Visitation and Rosary will take place on Friday April 22nd, from 6-8 pm, with the Rosary beginning at 7:00 pm. A Mass of Christian Burial will be held the following day, Saturday April 23rd at 11:00 am, also at St. Mary’s Church.
Friday
22
April

Share Your Memory of
Edward "Tom"
Upload Your Memory View All Memories
Be the first to upload a memory!
Share A Memory
Send Flowers