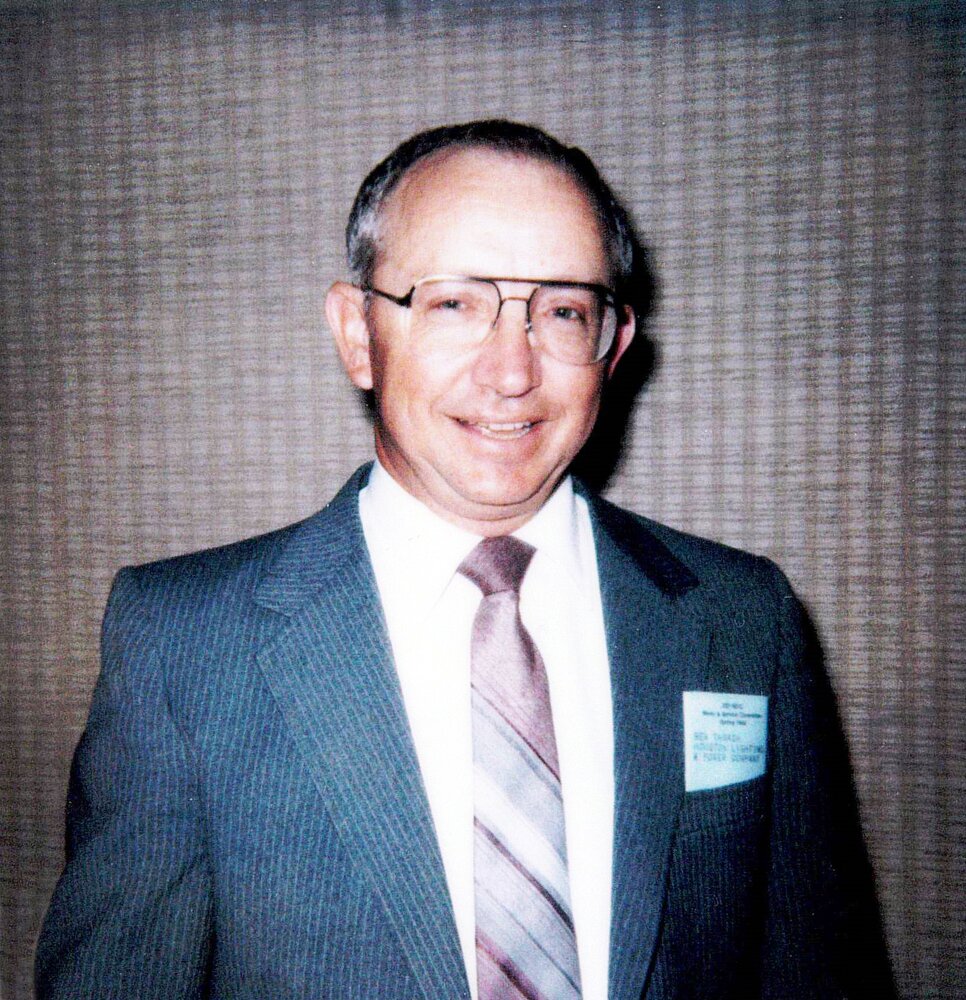 Please share a memory of Thomas to include in a keepsake book for family and friends.
View Tribute Book
Thomas Benjamin “Ben” Thrash, 83, passed away Saturday, May 7, 2022. He is preceded in death by his parents Clee and Augusta Thrash; son Thomas Benjamin Thrash, Jr.; brother Clee Simpson Thrash Jr.; and sister Cleo Ann Seagroves. Left to cherish Ben’s memory are his loving wife, of 63 years, Joyce Thrash; daughters Teresa Granhold, Michele Adams (Stacy); daughter-in-law Patty Thrash; grandchildren Rachel Feibus (Mike), Nathan Strickland (Maranice), Hannah Adams, Lesley Whitley, Hayley Zawacki (Joe); Eight great grandchildren, and a host of many other family and friends. Ben married Joyce, his high school sweetheart, on August 16, 1958. He served in the Navy after graduating from high school, spending most of his Navy career in Saudi Arabia, India, and Ceylon. Ben was recalled for the Berlin Crisis then ended his Navy career as a 2nd Class Petty Officer. In 1963, he began his 32-year career with HL&P. Ben was promoted to Division Manager in 1983 and served in that capacity until his retirement in 1995. In retirement, Ben continued his love of adventure with Joyce, traveling to each of the 50 states, plus Europe, Africa, South America, the Caribbean, Australia, New Zealand, Israel, Egypt, and the exotic Seychelles islands in the Indian Ocean. Ben was a quiet man, but his life spoke volumes. His wisdom and wit were well known to his family and friends. He was tender and kind, and was a wonderful son, husband, father, grandfather, and friend. Ben leaves behind a legacy of truth and honor, being a true hero to his wife and family, and he leaves behind a sweet fragrance of memories. Ben will be greatly missed by all who knew and loved him. Services for Ben will be held at Clayton Funeral Home, 5530 West Broadway, Pearland, Texas. Visitation is scheduled on Wednesday, May 11, 2022, from 6:00 – 8:00pm. The funeral service will be held Thursday, May 12, 2022, at 10:00 am, with C.F. Hazelwood officiating. Interment will follow at South Park Cemetery, in Pearland, Texas. In lieu of flowers, the family asked donations to be made to Robert B. Thieme Ministries, P.O. Box 460829, Houston, TX 77056-8829, or to your charity of choice.
Wednesday
11
May