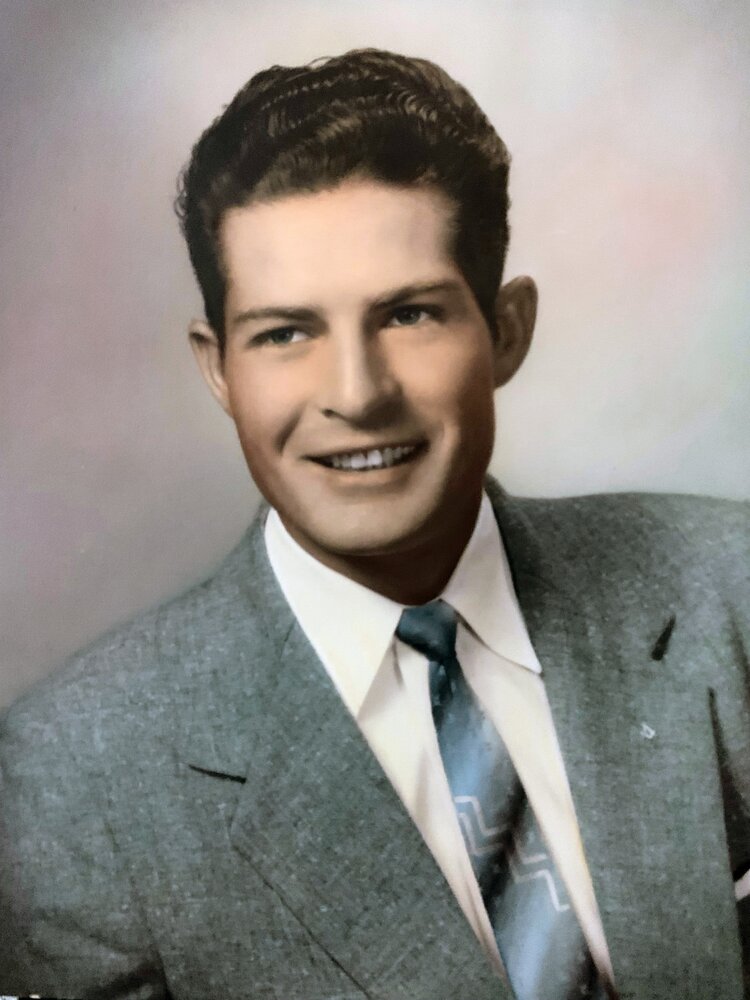 Please share a memory of George to include in a keepsake book for family and friends.
View Tribute Book
George “Emmett” Slater was born in Marshall, Texas to Charles and Ethel Slater on Christmas day, 1935. He passed away May 19, 2022. Emmett graduated from Marshall High School where he lettered in baseball and football. While a young man, he was a rodeo contestant competing as a bareback rider and steer wrestler. Emmett proudly served his country in the United States Army Reserve. For a time, Emmett worked with his brother, Royce, at Slater Mobile Homes in Houston, Texas, where he managed the delivery and service departments. Later in life, Emmett worked as an owner, operator with his own truck specializing in oversized loads. He will be greatly missed by all who knew and loved him. Emmett is preceded in death by his parents; brothers C.O. Slater, Royce Slater: sisters Norma Williams, and Irene Beatty. He is survived by his loving wife, of 64 years, Virgie Slater; son Craig Slater and wife, Lauren; grandchildren Jeff Slater, Eric Slater, Kellie Slater, and many other family and friends. A celebration of life service will be held on Friday, June 3, 2022, at 2:00 pm, at First United Methodist Church, Pearland, Texas, with pastor Reggie Clemons officiating. In lieu of flowers the family would like to request donations be made to Counseling Connections for Change Inc. (https://counselingconnections.kindful.com/)
Friday
3
June

Share Your Memory of
George
Upload Your Memory View All Memories
Be the first to upload a memory!
Share A Memory
Send Flowers