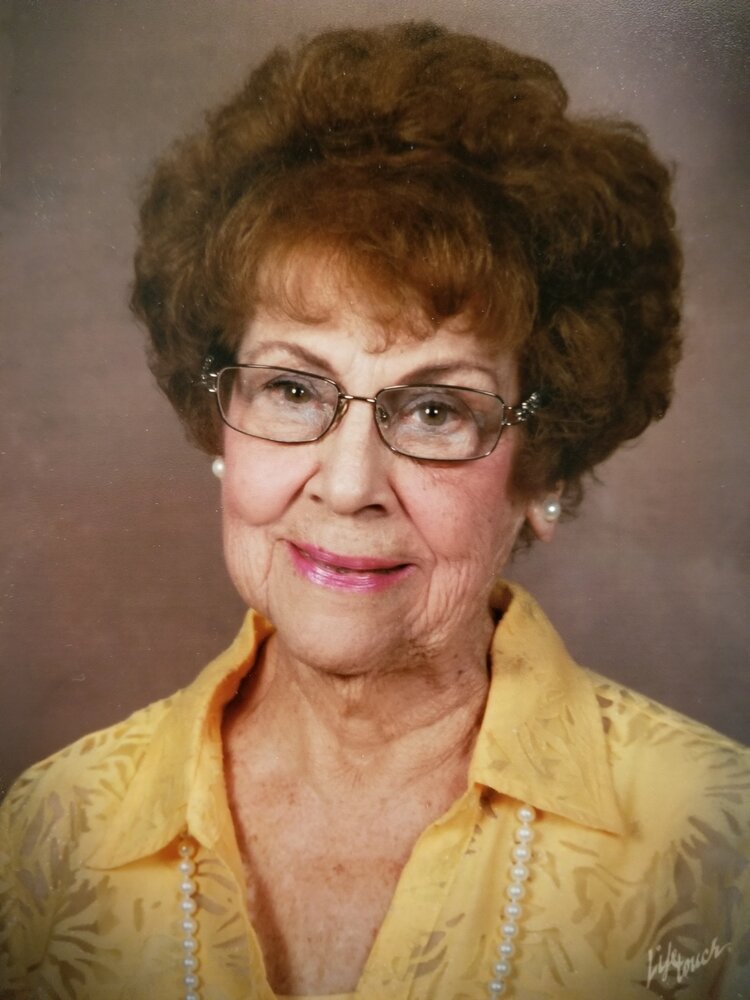 Please share a memory of Geraldine to include in a keepsake book for family and friends.
View Tribute Book

She is preceded in death by her parents Hector and Margaret Chamberlain, brothers Gerald Chamberlain and Ricky Chamberlain.

Dee grew up in Detroit and worked at Michigan Consolidated Gas Company where she met Byron. They were married on Valentine’s Day in 1954. They lived in Taylor, Michigan and moved to West Bloomfield, Michigan where Dee worked at Andover High School for over 12 years. Byron was promoted and accepted a transfer to Houston in 1978. They lived in the Memorial area and had a beautiful home off the Buffalo Bayou. After settling her family, Dee accepted a position as an executive secretary for BankOne in Downtown Houston for 10 years until she retired. Dee and Byron dreamed of retiring in northern Michigan and they did. For 25 beautiful years she and her husband split time between their residences in Country Place (Pearland, Texas) and Boyne City (Deer Lake), Michigan. They enjoyed the best of both worlds and each other!

Dee loved to cook for her family, friends, and special events. She had a strong sense of community and was very active at Country Place assisting with event coordination, planning, decorating, and serving. She was an expert at arranging flowers and making centerpieces for the clubhouse and all the special events. Her volunteer work included Boyne Valley Garden Club, Public Libraries, and serving as a Docent for the Heritage Center in Downtown Houston for 8 years. Dee lit up a room with her vivacious personality and lived each day to the fullest. She will be greatly missed by all who knew and loved her

Share Your Memory of
Geraldine
Upload Your Memory View All Memories
Be the first to upload a memory!
Share A Memory
Send Flowers