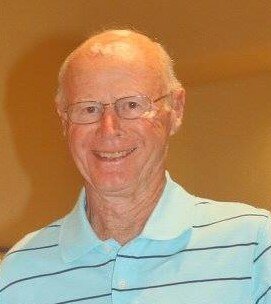 Please share a memory of Dean to include in a keepsake book for family and friends.
View Tribute Book

Dean Snider passed away peacefully on June 19 at the age of 87 of complications resulting from Alzheimer’s. He was born in Somerset, Ohio on February 2, 1935, the seventh child of Louise Helser Snider and Russell W. Snider. The older Snider children helped their parents deliver milk to the customers of Snider’s Country Dairy. In 1945 the family sold the farm and moved to Celina, Ohio where Dean caddied at the Celina golf course, learned to sail, was on the high school golf and wrestling teams and graduated from Celina High School in 1956. After a brief time at Miami University where he was a member of PKA fraternity, he enlisted in the US Army and served for two years as a clerk-typist at Fort Chaffee, Arkansas. After completing his military service, he enrolled in the Chemical Engineering Department at The Ohio State University, from which he received Bachelor and Master Degrees in Chemical Engineering in 1962. Upon graduation, Dean was hired by Humble Oil and Refining Company (now Exxon Mobil) and went to work at their refinery in Bayway, New Jersey.

Dean met his future wife Kay Logan, also a Chemical Engineering student at Ohio State, in 1960 and they were married following her graduation in 1963. Shortly after their wedding, there was a strike at the Bayway refinery and many of the engineers became temporary plant operators and due to picket lines, lived inside the refinery. After about three months, the strike was settled and the newlyweds could begin to enjoy life together. The next spring, they bought a Lightning Class sailboat, joined the Nyack Boat Club in Nyack, New York and found their life-long joy of racing a sailboat.

In 1967, Dean transferred to Humble Oil headquarters in Houston, Texas and quickly learned that the “hot new boat” was the Pearson Ensign and the fleet was located on Galveston Bay at the Houston Yacht Club. He happily purchased the Ensign owned by Sandy and Frank Kelley, and not only acquired a boat, but lifetime friends who loved to sail and who crewed for Dean in many subsequent races, including multiple wins in the Ensign Class Association National Championship Regatta.

In 1981, Dean joined Jerico Petroleum Company as the VP of Supply and Transportation. After several years, he “retired” and devoted much time and energy to US Sailing, including being one of the first certified US Sailing National Race Officers and participating in the administration of the sailing events at the 1996 Olympics.

Dean is predeceased by his parents, Louise and Russell, and by siblings, Carol Snider, Annabelle Doughty, Russell Snider Jr., Helen Fetters, Carl Snider and Phyllis Dupler, His is survived by his wife Kay, sisters Doris Marbaugh and Joyce Nichols (John), many nieces, nephews and friends.

Dean’s wish was to have his ashes spread “Near H mark of the HYC Olympic Circle on Galveston Bay”. In lieu of flowers, please consider a contribution to the Houston Yacht Club Memorial Fund or to a charity of your choice.

Share Your Memory of
Dean
Upload Your Memory View All Memories
Be the first to upload a memory!
Share A Memory