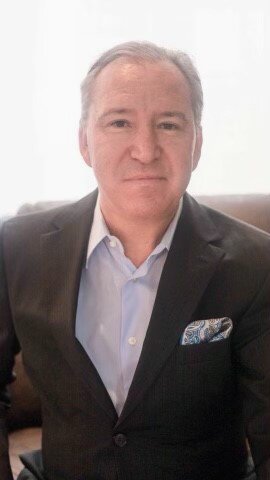 Please share a memory of Howard to include in a keepsake book for family and friends.
View Tribute Book

Howard Lynn Steele, Jr. passed away unexpectedly of natural causes on June 20th, 2022. Howard was born to the late Howard Lynn Steele Sr., a Chief in the Navy, and Cynthia Ulicnik, a homemaker, in Houston, TX on November 24th, 1969. Howard was an avid scholar and learning was a lifelong passion leading to multiple college and post graduate degrees.  His undergraduate degrees were in Government and Political Economics that he earned from the University of Texas at Dallas and Political Science from Baylor University, leading to being a steadfast Baylor Bear fan throughout his life. Howard also earned his law degree and an LLM from the University of Houston Law Center.  After receiving his law degree, Howard clerked for the Honorable Judge Nuchia and then worked as a Federal Clerk for the Honorable Judge Melinda Harmon. He was also Board Certified in Labor and Employment Law and a partner in his own law firm for many years.

Howard was proudest of being a father and his son Howard Lynn Steele the Third (“Trey”). Trey will be attending Texas A&M in the fall and will be joining the Aggie Corps of Cadets.  He plans to serve in the United States Armed Forces once he graduates from college. Trey will be studying Engineering at Texas A&M.

Howard is survived by his son Trey, his brother Dwayne Steele, and his stepfather Charles Bell.  A Memorial Service is planned for the near future.

Share Your Memory of
Howard
Upload Your Memory View All Memories
Be the first to upload a memory!
Share A Memory