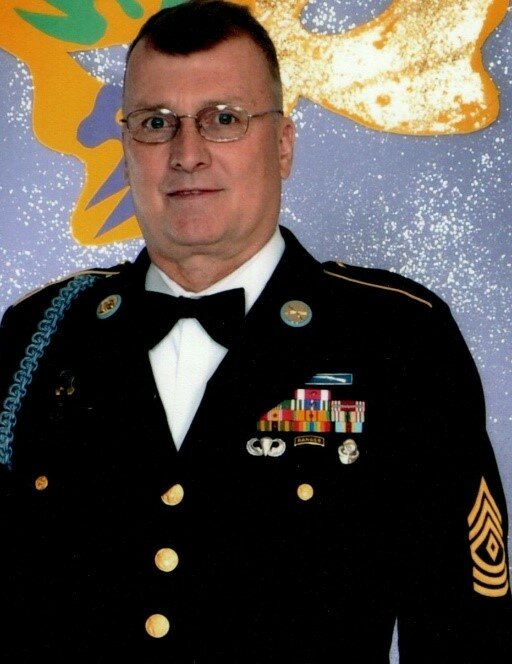 James Ethelbert Saunders age 69 passed away unexpectedly July 16, 2022.  Born August 3, 1952, in Pittsburg, Pennsylvania to parents James and Ann Saunders.  After High School James enlisted in the United States Marine Corps for a two-year tour of duty.  Upon discharge from the Marine Corps, he enlisted in the United States Army where he served as an Airborne Ranger until his retirement as a First Sergeant in 1995.  James served in Vietnam and Southwest Asia with 8 years of overseas service in Germany.  After military retirement James continued his service as an Army Junior ROTC Instructor in the Pearland and Aldine Independent school districts.  He was an inspirational leader, past Commander of VFW Post 7109 and was loved and respected by his peers and students. He is survived by his wife of 44 years Irmgard and brothers Mark, John, and Jeffery Saunders.  Interment at Houston National Cemetery with military honors was conducted August 8, 2022

Share Your Memory of
James
Upload Your Memory View All Memories
Be the first to upload a memory!
Share A Memory