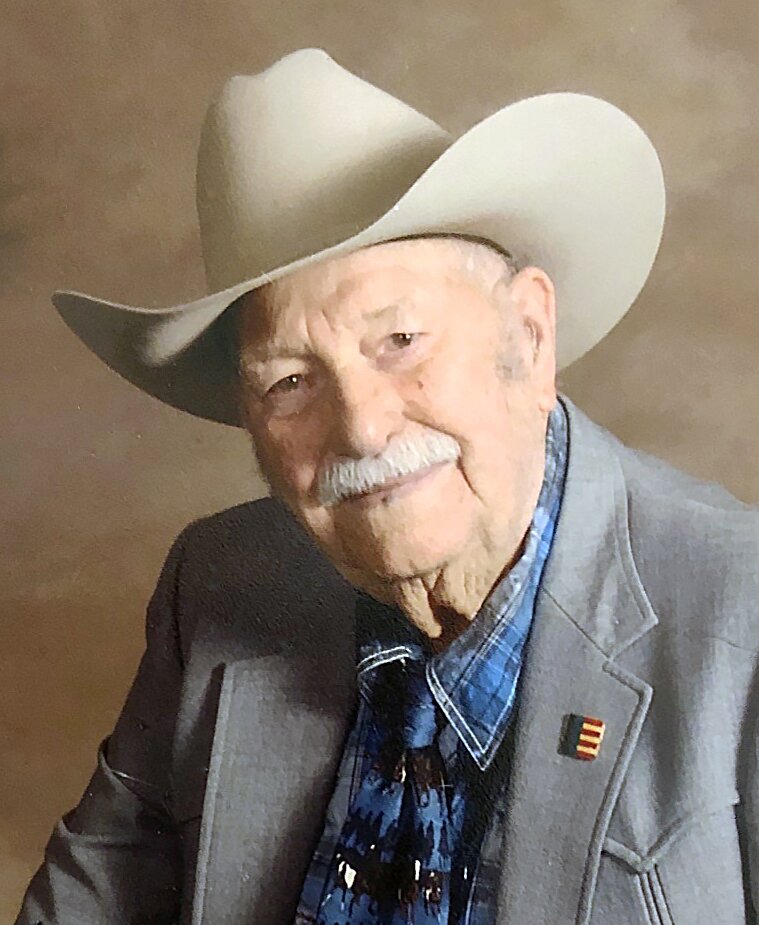 Please share a memory of Moody to include in a keepsake book for family and friends.
View Tribute Book

Moody Rex Cockerell peacefully passed away at home in Pearland, TX on Tuesday, August 30, 2022, at age 97.

Known as Rex Cockerell for most of his adult life, little Moody was born in Killeen, Texas, on May 10, 1925, the third child to Henry and Flora Cockerell. In August of 1927, the Cockerell children lost their father from complications of tuberculosis and their care was shared by Henry's 10 siblings.

Young Moody continued to work on the farms and businesses of his aunts and uncles as he gained a stepfather and eventually three half siblings after Flora wed Joel Blair, Jr., in 1929. Despite the hardships of the Great Depression, Rex developed the ability to cheerfully make do and to help out when he could - qualities for which he was known through-out his lifetime.

After a successful family move to Houston in 1943, Rex at 17 joined the mariners of the Merchant Marines on the Liberty ship SS Joaquin Miller.  From 1944 to the war's end, Rex served in the United States Navy on the warship L.S.M. 278 which aided in the invasion of Okinawa.

Rex married Ann Haedge of Sealy, Texas, in 1947.  Rex and Ann lived, worked, and worshipped in Houston. Rex began his 39 year career at EMSCO in 1951. In 1961, Rex moved his family to Pearland and transferred membership from Park Crest Methodist Church to Pearland Methodist Church. In 1978 Rex began serving two years as a member of his credit union's board of directors, then as chairman of the board until he retired in 1990.

Rex was passionate about John Wayne movies, TV's Gunsmoke and Bonanza, fishing, frying fish, hunting, making deer sausage, camping, storytelling, the Houston Astros, the domino game of 42, and sharing produce from his garden. He was renowned for his dill pickles and bar-b-que sauce. Rex was also lovingly known as Pop, Pickle Pa Pa, and Scooter Pa Pa. He was a perfect example of a member of the Greatest Generation.

Rex was a devoted husband. He cared for Ann during a lengthy illness that took her from him in 2006 after nearly 60 years of marriage. Rex met and married Norma Jean Hayley in 2007. He and Norma enjoyed numerous activities and many occasions with Norma's three adult children Susan, Linda, Donna, and their families. Rex prepared meals and performed household chores when Norma began suffering memory loss in 2019. Norma passed away in 2020.

Rex was preceded in death by his parents, stepfather, uncles and aunts, wives, his sister Verdie (and Bill) Glenn, his half siblings (and their spouses) Wallace Blair, Julie Travis, Willie May Barlow, his Haedge family in-laws and many lifelong friends he considered family.

A Celebration of Life will be held on Saturday, September 17, 2022 at First United Methodist Church, 2314 N. Grand, Pearland, Texas.  Visitation at 10 am, Service at 11, reception afterwards.

Share Your Memory of
Moody
Upload Your Memory View All Memories
Be the first to upload a memory!
Share A Memory
Send Flowers