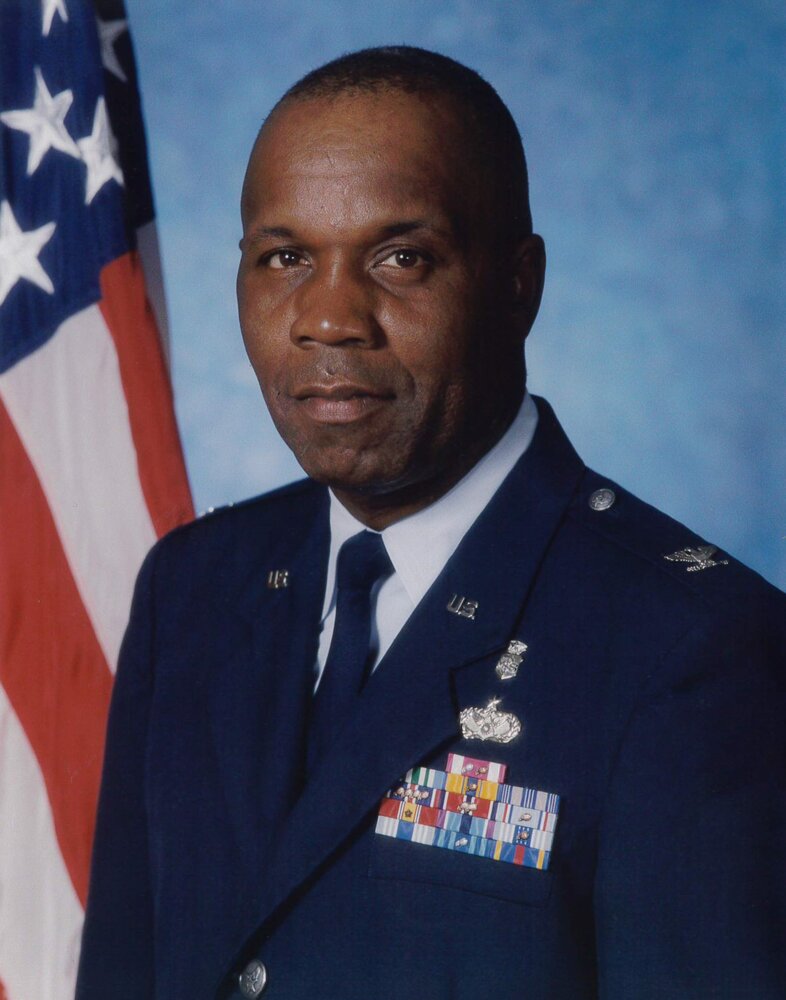 Please share a memory of Roy to include in a keepsake book for family and friends.
View Tribute Book

Colonel Roy J. Ruff Jr. was born to Roy J. Ruff Sr. and Annie Ruth Clark in Winsboro, South Carolina. Following graduation from Frankfurt High School in Frankfurt, Germany he returned to Columbia, South Carolina and joined the Air Force; first being stationed in Fort Carson, Colorado, for training in 1971. He proudly served his country for 31 years before he retired as a Colonel. While in service he obtained his B.A. Degree in 1977, MBA Degree in 1981, as well as attending Squadron Officer School in 1983, Air Command and Staff College in 1986, the Interagency Institute in 1995 and Harvard University in 1997. While serving in the military, he spent many years as a Hospital Administrator.

Throughout his military career Colonel Ruff received recognition and honors for his service such as, The Air Force Commendation Medal; Air Force Outstanding Unit Award; Air Force Excellent Organization Award; and the National Defense Service Medal. After serving his country he continued to serve others as a valued employee of the Equal Employment Opportunity Commission.

Colonel Ruff loved the life he lived and enjoyed his hobbies of playing golf every chance he could, listening to the Golden Oldies, Motown, Funk, and Jazz music, playing cards with friends, and just being surrounded by family, friends, and neighbors. He helped others without hesitation with a kind heart and giving spirit.

Colonel Roy J. Ruff Jr. will remain in our hearts for a lifetime. We will love you always.

"A man's love for his family is like no other. Your unconditional love for us will be in our hearts for a lifetime. Until we meet again for you to hold us in your open arms rest in peace. We love you dearly. "