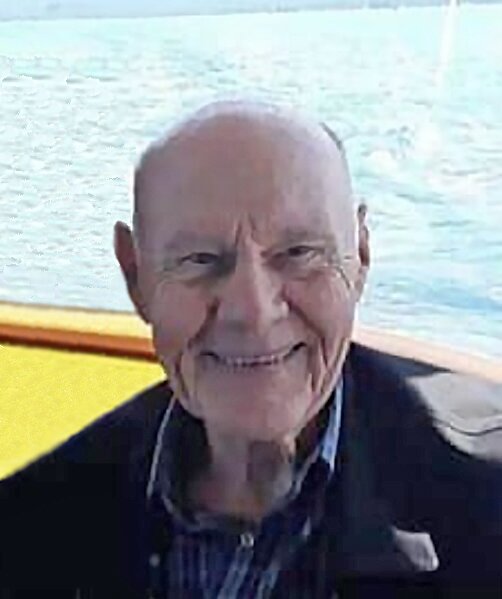 Please share a memory of Gene to include in a keepsake book for family and friends.
View Tribute Book

Gene and his twin brother, Dean, were born on March 15, 1943 to Fred and Amy Lester in
Ringling, Oklahoma. He spent his childhood in Ringling, North Texas, and Blythe, California.
Gene served in the U.S. Army from 1964 -1966 and was stationed in Fairbanks, Alaska.

He came to Houston in 1967 to visit his sister Mary and family. That is when he met Carol
who lived two houses away. After two weeks, he told Carol that he was staying because one
day she would marry him. Shortly after that, he asked if he could go to church with her. He
then stated he wanted to be baptized and accepted Jesus as his Savior.

He is preceded in death by his parents and sisters Mary Stewart and Gayla Lester. He is
survived by the love of his life and devoted wife of 54 years Carol, brothers Doug Warren
Lester and Dean (Sue) Lester, and sister-in-law Joyce (Tom) Peryam.

Affectionately known as "Papa Gene" to all, Gene was blessed and delighted with his large
and loving extended family of nieces and nephews, their children and grandchildren. Papa
Gene and Mimi Carol's doors were always open for their children's friends to come and visit
and some even moved in.

Gene enjoyed a long career in the trucking industry since the age of 18. In both California
and Texas, he held various positions at various trucking companies as a driver, dispatcher,
manager, terminal manager at Channel Trucking and co-owner of Wood Brothers Trucking.

Gene's hobby was team-roping with his son Doug, and being a part of the World Series Team
Roping rodeo circuit. He was passionate about coaching Jeff and Doug's sports activities and
in Tammie he found a kindred spirit. He was a lifetime member of the Houston Livestock
Show and Rodeo. He loved John Wayne movies and watching Houston Astros baseball.

Share Your Memory of
Gene
Upload Your Memory View All Memories
Be the first to upload a memory!
Share A Memory
Send Flowers