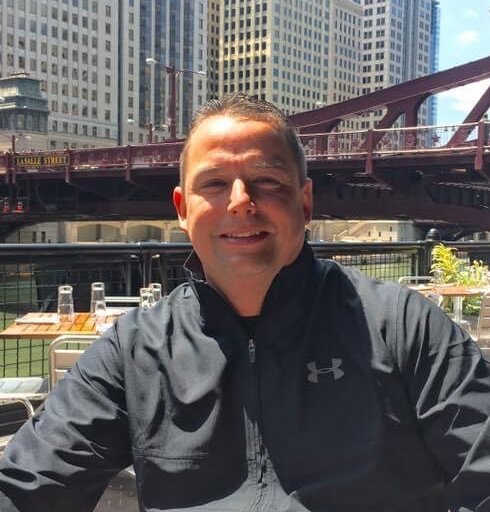 Please share a memory of Michael to include in a keepsake book for family and friends.
View Tribute Book

Michaels’s primary love was his daughter, Kiley “Ky” Stewart. However, his secondary love was music. "Without music," a famous philosopher once wrote, "life would be a mistake." Michael embodied that quote wholeheartedly. As a great music lover, Michael enjoyed singing and playing the guitar. An avid collector, he could often be found with a guitar in hand and his extensive guitar collection surrounding him like crazed rock fanatics.

For more than 25 years, Michael worked at Discount Tire Company, starting as a tire technician, and working his way to Store Manager of his “dream store” in Friendswood, Texas. He derived great pleasure from the relationships he made during his career and especially enjoyed the brotherhood and camaraderie that was inspired by the founder, Bruce T. Halle.

During his lifetime, Michael has had wonderful experiences and met lots of people that have become his dearest friends especially the Five-Star Generals of Lovelady – Kyle Adams, Chris Wright, Tex Lee Ridings Jr., and Matt Bankston. This amusing yet endearing group of friends provided Michael with such joy and continued support.

Surviving is his former wife, Karen Osborn; his daughter Kiley Stewart; two brothers and sisters-in-law, Jamie and Gina Kloecker and, Donnie and Delania Robinson; his uncle and aunt, Scott and Paula Tanner; his niece Shelby Robinson, and nephew Tyler Robinson; and his many friends.

Services for Michael will be held on Thursday, September 29, 2022, at Clayton Funeral Home, 5530 West Broadway, Pearland, Texas. Visitation is scheduled from 6:00 – 7:00 pm. The memorial service will follow at 7:00 pm, with pastor Reggie Clemons officiating.

Share Your Memory of
Michael
Upload Your Memory View All Memories
Be the first to upload a memory!
Share A Memory
Send Flowers