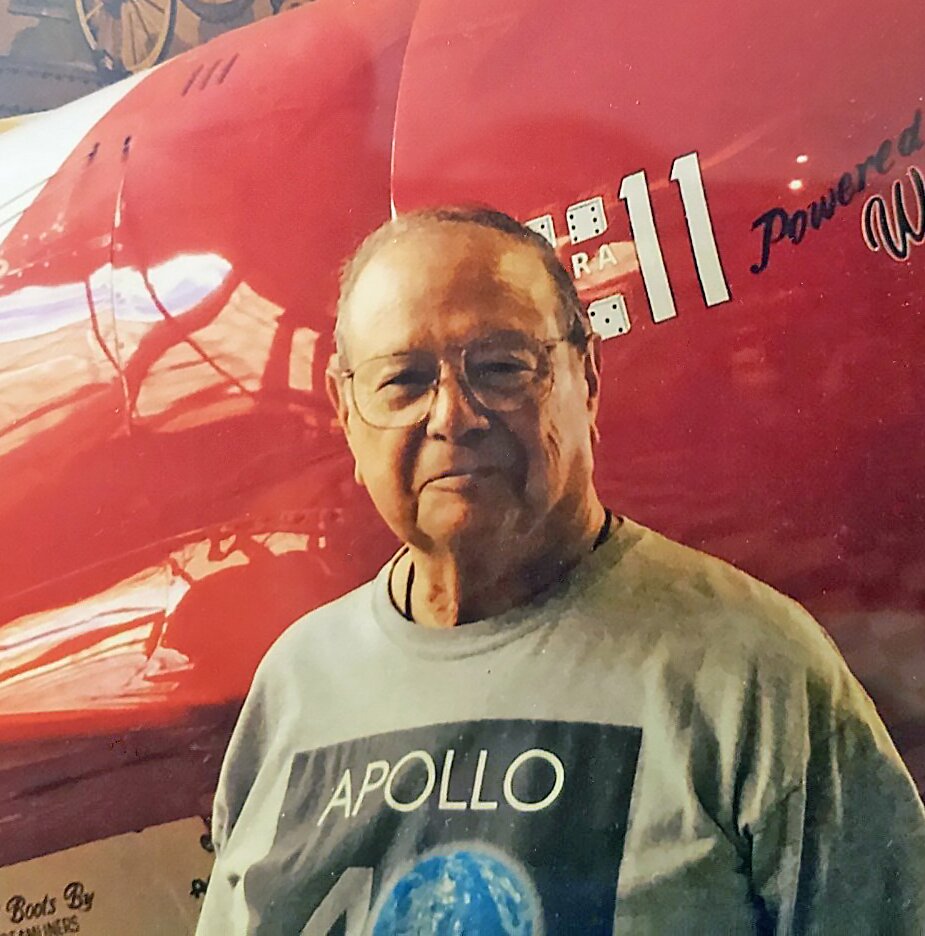 Charles L. “Chuck” Gruby passed away on September 25, 2022, after an 87-year journey guided by a lifelong enthusiasm for flying. He was 2 years old when he first saw an airplane and that fascination carried him through 72 years of piloting.

Chuck’s humble beginnings started on April 2, 1935, in Clermont, Florida after the Great Depression, to parents Louis and Yetta, who did many things to support a family of 6. They were small farmers, operated service stations, fixed cars, and made sandwiches to sell to customers, mended clothes, and repaired refrigeration equipment. In 1941 his dad joined the Army which led to a career in Military Intelligence with a great deal of time away from home.

Chuck learned to fly at 16, dropped out of high school at 17 to join the Air Force, and became proficient in electronics and radar. That experience led him to work for Philco and enhanced his skill at satellite tracking which ultimately brought him to NASA. After 30 years at NASA, Chuck retired from Mission Control, with the experience and pay grade on an aeronautical engineer where he was proud to have worked for Gene Kranz and been on the team that put a man on the moon. Chuck’s patience and mechanical skills were exemplified by spending 14 years building his own airplane, a Spizio Special.

On that Journey Chuck met the love of his life, Lucille Herring, in Hattiesburg, MS. He said that she was the most beautiful girl he had ever seen and loved her even after she passed away and until his death. Chuck and Lucy had a son John and grandson Clayton, who reside in LaPorte, Texas. Chuck is also survived by his sister Flora Ham, and brother Michael and his wife, Sharon Gruby, brother and sisters-in-law, Bud Herring, Glinda Jones and Bobby Herring, and countless nieces and nephews from the Herring and Gruby families, whom he deeply loved.