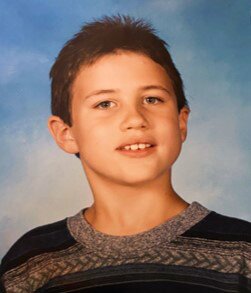 Please share a memory of Jeremy to include in a keepsake book for family and friends.
View Tribute Book

Jeremy Allen Grimes, 36, was born in Houston, Texas on September 5, 1986, to Trina Murry and John Grimes. Surrounded by his loved ones, he was called home by the Lord on October 17, 2022.

Affectionately called “Bubby,” Jeremy was raised in La Porte from early childhood on, graduating from La Porte High School in 2009. In October 1995, Jeremy had a stroke. For the next 27 years, his journey was not an easy one, but during his life, Jeremy exuded bravery and perseverance throughout it all. One of the most amazing things about Jeremy was his ability to always be happy. No matter how he was feeling or what he was going through, he always had a smile on his face. His toothy, infectious smile was downright contagious. While verbal communication was difficult, he always made himself known through his squeals of joy and his mean left kick. There were many things he loved, chief among them, the color yellow, the Houston Rockets, music from KSBJ, and food of all kinds – McDonald’s French fries, chips and salsa, and chocolate cake – most especially.

Jeremy touched countless lives. Because of his illness, his mother, Trina, became a Special Education teacher, and his sister, Courtney, became a Physical Therapist, who have each in turn helped others. From former classmates to his entire care team, he was so beloved. Put simply, Jeremy made people want to be the best version of themselves.

The family wishes to especially thank Jeremy’s caretakers throughout the years, Noemi Vidal and Sherry Pertuit, for their unwavering devotion to his care. In addition, the family is forever grateful to the doctors and nurses at Methodist Hospital, his therapists at TIRR and Rehab Without Walls, and the team at Dispatch Health for their care and comfort to both Jeremy and the family. The family will always be grateful for all the La Porte ISD teachers that were part of his life during his education.

The visitation will be held on Friday, October 21st from 6:00 pm – 8:00 pm at Clayton Funeral Home, located at 201 S. Third Street in La Porte, Texas. A celebration of life will take place on Saturday, October 22nd starting at 10:00 am at Bayshore Baptist Church, 11315 Spencer Highway, La Porte, Texas. The internment will follow at Ryan Cemetery, 65 County Road 300, Dayton, Texas at 2:00 pm.

While it is unfathomable to imagine no longer being able to look into Jeremy’s stunning green eyes, there is comfort in knowing he is beside his Heavenly Father, whole, and not in pain any longer. We love you forever, Bubby.

Share Your Memory of
Jeremy
Upload Your Memory View All Memories
Be the first to upload a memory!
Share A Memory
Send Flowers