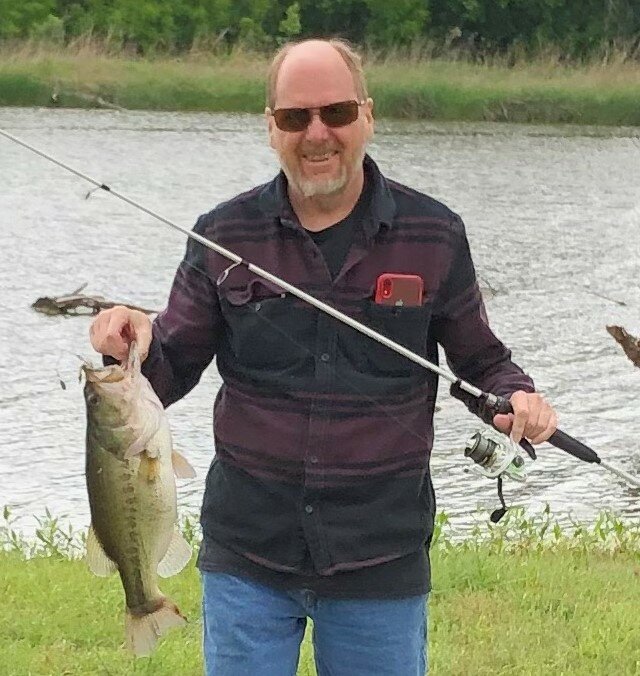 Please share a memory of Murell to include in a keepsake book for family and friends.
View Tribute Book

He began his career as a machinist at Axelson in 1979 at Longview, TX and ended his career with Halliburton in 2020 at Duncan, OK.

Diagnosed with Stage IV Lung Cancer in December, 2020, he fought until his last breath on November, 5, 2022, when he went to be in paradise with his Lord.

Murell loved being outdoors, particularly fishing.  There wasn't a fish he didn't want to catch.

He was an avid bowler, earning his pro card in the 1990's and touring the regional circuit.

Murell and his daughter, Tiffany, enjoyed recreating family recipes and creating new ones.

He and his wife, Tammy, enjoyed traveling especially to the Pacific NW and the Pensacola, FL areas.

Murell was preceded in death by his son, Timothy Murell McCullough; his older brother, Doran McCullough; and his father, Marion.

He is survived by his wife of 43 years, Tammy (Selph) McCullough; his daughter and son-in-law, Tiffany and Kevin Chubbuck; his mother, LoisAnn Yates Dulaney; brother and wife, Russell and Carmen McCullough; "adopted" brother Orda Selph and wife Carol along with many nieces and nephews and great-niece and great-nephews and their children.

Murell was trying to win souls to Jesus up until the days preceding his death.  He had a true spirit of service and loved to be with his church family at First Baptist Church,  Piedmont, OK, every chance he got.

He requested there be no formal memorial service and the family is honoring that request.  Cremation is being handled by Clayton Funeral Home, Pearland, TX. In lieu of flowers, he asked that donations be made to MD Anderson's Research Department.

Share Your Memory of
Murell
Upload Your Memory View All Memories
Be the first to upload a memory!
Share A Memory