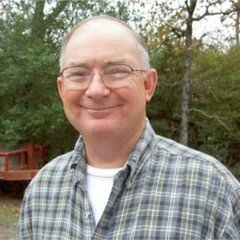 James Ronald Watt, known as Ronnie by his friends and family, died on November 23, 2022 at the age of 79 after a long battle with Parkinson’s and diabetes. Ronnie passed away peacefully at his home in Oakwood, Texas with his son and daughter by his side.

Ronnie was born on September 15, 1943 to Billie P. Watt Sr. and Emogene Rose Watt in Deer Park, Texas. Ronnie married Karen A. Watt and raised their two children, Ronald and Ronda in Texas. In Ronnie’s own words, “I had a good life, met a lot of great people, and had a hand in raising two of the best. May God grant us peace.”

Ronnie was preceded in death by Karen his loving wife, his brother John Watt, his parents, and his grandparents.

The family would like to thank all Ronnie’s caretakers over the past year, including the doctors, and friends who enriched his last months, weeks, and days.