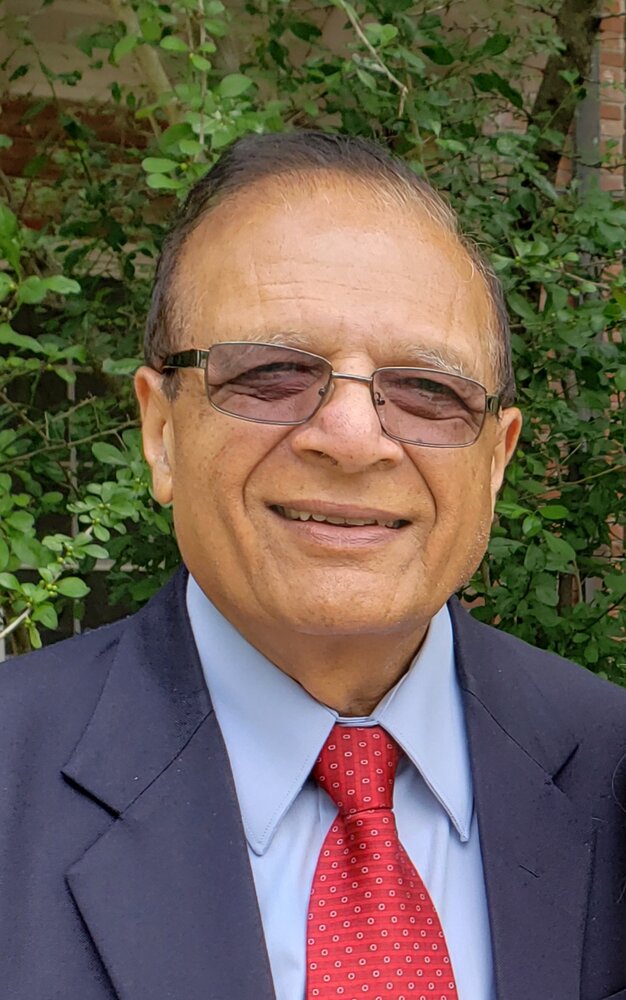 Please share a memory of Bhisham to include in a keepsake book for family and friends.
View Tribute Book

Bhisham was born on November 29th, 1942, in Punjab, India. As the fourth of six children, he faced difficult economic circumstances growing up which would influence the care he would take with his family going forward.

An excellent student, he obtained a Bachelor of Arts in 1962 at Punjab University. He went on to earn a Master in Science in 1969 and a Ph.D. in Statistics in 1972 at the University of Windsor, completing his latter coursework in merely two-and-a-half years.

With a sense of adventure, he took his first job teaching Mathematics at the University of Rio de Janeiro in Brazil. Despite being unfamiliar with the language and country, he was undaunted and started this new job with enthusiasm, learning to teach in Portuguese. During this period, he married Swarn and had three children: Anita in 1974, Anjali in 1976, and Shiva in 1980. Subsequent opportunities took the family to Montreal, Canada in 1982 and finally Portland, Maine in 1985. This started a very productive period in his professional life where he joined the faculty in the Mathematics Department of the University of Southern Maine, founded the graduate program in Statistics, and became the Chair of the Department. Bhisham was also the author of numerous highly regarded Statistics textbooks.

However, Bhisham's prevailing duty and concern was for his family. He was a rock throughout his life for his wife, children, grandchildren and extended family. As a devoted father, he never undertook self-indulgences and always made sure all his children had the appropriate guidance and resources. Pursuing education was of the utmost importance to him, and he made sure all his children were able to develop their passions. His grandchildren provided some of his greatest joy. Whether while educating them, teasing them, playfully pulling their ears, or giving them tender affection, his grandchildren were the light of his life.

Bhisham served as a role model for his entire family by showing them no obstacle was too large, which he always pursued with great excitement. This was evidenced by large projects he would undertake on his own such as clearing and chopping down a number of trees at the home in Maine as well as finishing most of the basement of the family home himself. Bhisham did not have to give daily verbal advice. His values and his everyday actions were a continual reminder to all on how to conduct a principled life of care and service to others.

Bhisham is incredibly missed and survived by his wife of almost 50 years, Swarn; his children, Anita, Anjali and Shiva; grandchildren, Priya, Kaviya, Ayush, Amari, Sanvi, Avni and Dylan; daughter-in-law Aditi; son-in-laws Prajay and Mark; and many, many more family and friends who loved him very much.

Share Your Memory of
Bhisham
Upload Your Memory View All Memories
Be the first to upload a memory!
Share A Memory
Send Flowers