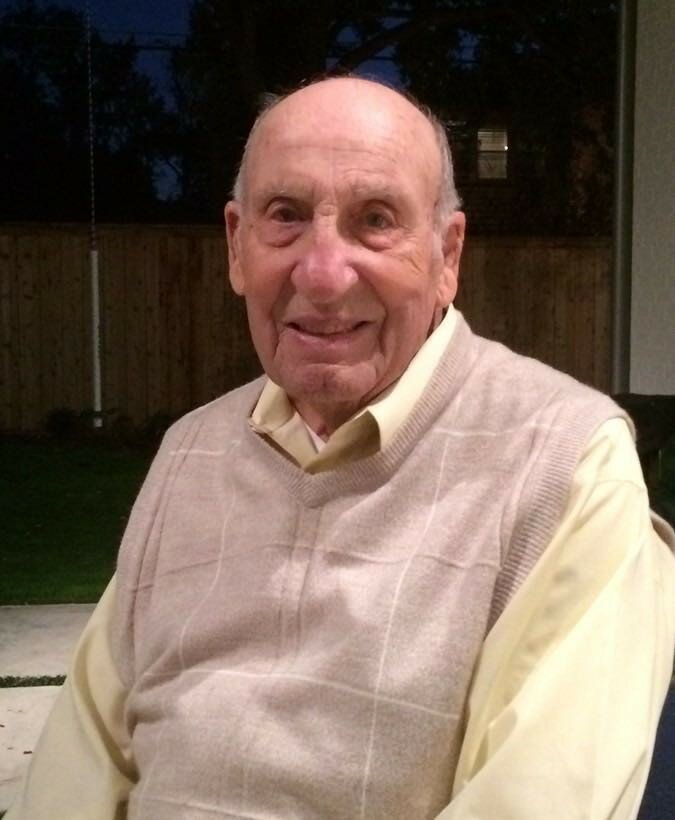 Please share a memory of Edward to include in a keepsake book for family and friends.
View Tribute Book

Born in New Haven, Connecticut to parents Barbara Kraus and Nicholas A. DeJon. Ed is survived by two daughters: Patty Ward (Alan) and Bettye Lou Slaven (Rick); 6 grandchildren and 9 great grandchildren whom he taught to do their best and to help others.

Ed graduated from Georgia Tech (Class of 42) while on a football scholarship with a BS in Industrial Engineering. Upon graduation he married his cherished Bettye Ray and then enlisted in the US Navy as an Ensign and achieved the Rank of Lieutenant Commander. When his light cruiser, the USS HELENA, was torpedoed in WWII and sunk, Ed was awarded the Bronze Star for his heroism in saving numerous lives including the Captain from drowning. When the war ended, he began a 33-year career with Johns Manville and became Houston District Manager. During his time in Houston, he was President of ASME, Commodore of the Houston Yacht Club, where he began the youth sailing program (RAGNOTS) in 1956. He was instrumental in the development of the Girl Scout sailing program at Camp Casa Mare in Seabrook and awarded the Volunteer Award of Harris County by the Girl Scouts. Ed was also named the Outstanding Alumni of Georgia Tech of Houston.

In 1966 Ed moved from Houston to his beloved Galveston Bay owning several sailboats at the Houston Yacht Club. He was happiest on the water when sailing and racing his various sailboats. Ed was awarded Admiral of the Texas Navy signed by the Governor.

Ed's motto was service, honor, and courage. Life was not about him or what he had done but about how he could leave others whom he had come in contact with in a better place. He was led by action, kindness, and a servitude that is irreplaceable. Ed left the world a better place and enriched the lives of everyone he came in contact with.

Share Your Memory of
Edward
Upload Your Memory View All Memories
Be the first to upload a memory!
Share A Memory
Send Flowers