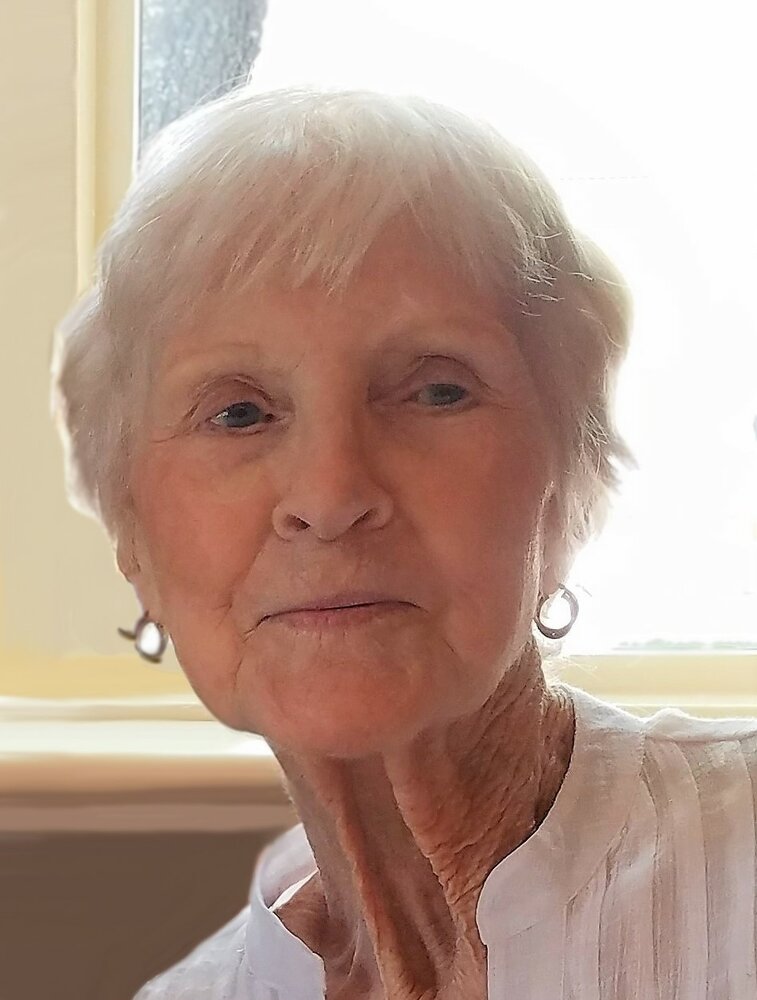 Please share a memory of Shirley to include in a keepsake book for family and friends.
View Tribute Book

Shirley Jean Broze was born at St. Joseph’s Hospital in Houston, Texas on February 2, 1935, to James and Violet (Karnes) Morris, and the world became a better place.  As a child she played the violin and grew up surrounded by close friends and neighbors.  In her teens, she met the love of her life, with whom she was married for sixty-three years until his death.  Their family was completed with one son and two daughters.

After her youngest child started school, Shirley embarked on a career in insurance, which lasted over 30 years.  During that time, she somehow managed to do it all – devoted wife, loving mother, homemaker, cook, driver, and the lists go on.  Anyone who had the privilege of knowing Shirley felt her sincere warmth, always gracious hospitality, sense of fun, sharp mind, and selfless generosity.

Her keen interest in all things medical makes one think she missed her calling.  For that matter, her extensive collection of cookbooks and her excitement at always trying new dishes could have put her on the path of a chef. Shirley and her husband Bill had a second home at Matagorda, then Selkirk.  Their gatherings were legend.  They were the perfect hosts and friends of many.  Fishing, swimming and waterskiing were favorite family pastimes – not to mention, eating Shirley’s fried shrimp.

Sadly, our red-haired angel left us on Wednesday, January 11th.  She was preceded in death by her parents, James and Violet Morris; her sister, Joann Zapp; her husband, William (Bill) Broze; her son, William (Billy) Broze, Jr.; and her mother-in-law, Leona Broze.  She is survived by her daughters, Robbie Leaver and husband, Chuck, and Debbie Gordon and partner, David Oswald; and sister-in-law, Darlene Riviere.

Share Your Memory of
Shirley
Upload Your Memory View All Memories
Be the first to upload a memory!
Share A Memory
Send Flowers