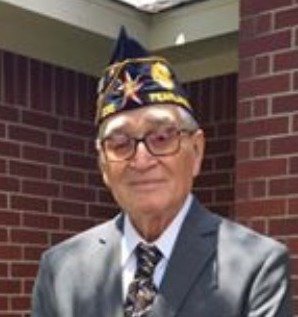 Frank was a proud U.S. Army Veteran, retired from CenterPoint after 35 years, and was a substitute teacher at St. Helen Catholic School. He coached Dad’s Club Football and was a Scout Master with the boys in Boy Scouts. They enjoyed many family camping trips. Frank was extremely active in the Knights of Columbus. He was a third and fourth degree knight and played senior softball on their slow pitch team: a dedicated member of St. Helen’s since 1978. Frank was a charter member with the American Legion, a two-time post commander, and a member of the American G.I. Forum. He will be missed by all who knew and loved him.

Share Your Memory of
Francisco
Upload Your Memory View All Memories
Be the first to upload a memory!
Share A Memory
Send Flowers