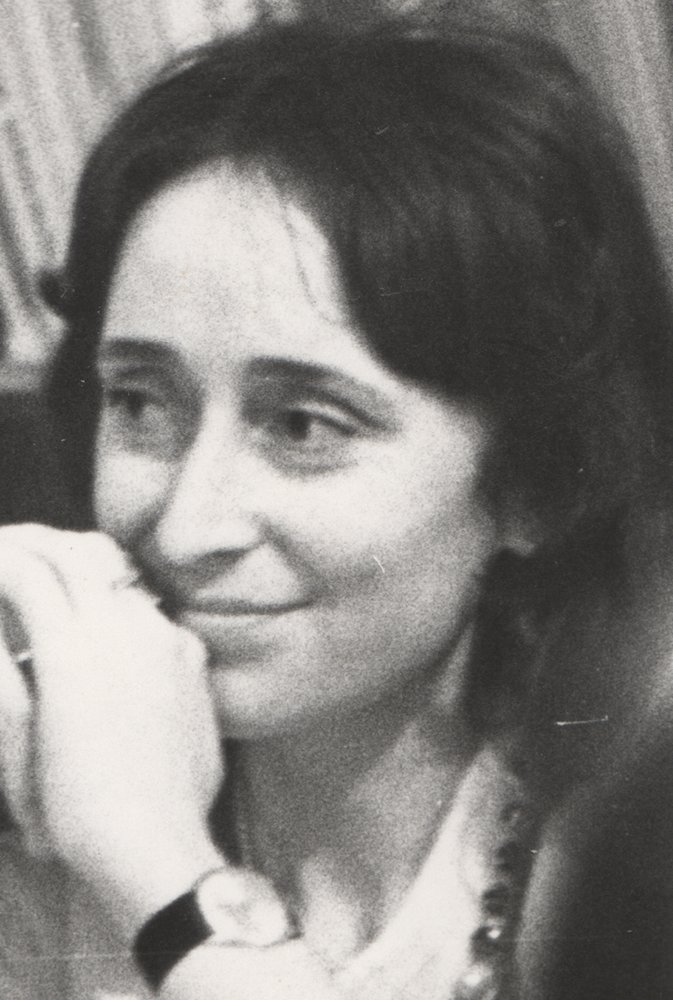 Olga Yurchenko, a talented scientist, a passionate gardener, and a loving wife, mother and grandmother died on January 24th in Houston, TX. She was 72.

She died while doing one of her most favorite things – walking the dog. Crossing the street, she was struck by a car. Attempts were made at resuscitation, but her injuries were fatal. She was pronounced dead at Ben Taub General Hospital by a team of dedicated healthcare providers three minutes after her arrival.

Olga will be remembered fondly by all who knew her as the most gentle, loving and open-hearted human being.

Olga was born on May 20, 1945 in Ivdel, USSR to Pavel Ivanovich Yurchenko and Praskovia Andreevna Yurchenko (nee Bateneva). She had a younger brother, Valeriy Pavlovich Yurchenko whom she fondly called “Valerka.”

She didn’t have an easy childhood, but she always recalled it with such humor and lightness that even the most absurd and dark events seemed trivial. Amidst it all, there were always berries to be picked, mushrooms to be spotted, and banya (traditional Russian sauna) to go to. She was a stellar student and loved school. Studious and proper, her teachers adored her. She recalled with some humor and some bitterness her attempt to pass entrance exams to Moscow State University. Full of big dreams, she traveled to Moscow on her own from her hometown in the Urals. She passed all the tests with flying colors except for math. The examiners decided to give her one extra problem to solve, just because, which did her in. She instead entered Gorky State University where she later met her husband, Evgeni. She wanted to study botany, but botanists were not needed in the USSR at the time. She entered biological sciences instead, which she later focused on neuroscience. She earned her PhD in electrophysiology in 1975.

She remembered her scientific career mostly through the lens of all the places it took her – on expeditions across the vastness of the USSR, as well as foreign collaborations, a rarity offered to the most accomplished. Yet it wasn’t the publications or the journals that she counted (even though there were plenty and one of her works was published in Nature), but the friendships made and the stories shared over meals, while collecting specimens for her lab, during trips abroad.

Olga loved the outdoors. From rock climbing to backpacking and kayaking, she always strove to be closer to nature. Her and Evgeni would fight about who got to tell the story about them encountering a grizzly bear while backpacking the Kamchatka peninsula. They must have woken it from its slumber, so it stood on its hinds and roared. Thankfully, it wasn’t interested in a human meal that day or they just looked too skinny to be worth the trouble.

In 2002, at the age of 57, Olga, together with her daughter, followed her husband to the United States eventually establishing permanent residence there, first in Norman, OK and then in Houston, TX. Striving for a better life than what a freshly transitioning Russia could offer, she braved the tough move with the lightness and hope that were inextricably a part of her. Leaving behind her work, her friends, a large part of her family, she faced the challenge, knowing the United States could offer opportunities that were worth great sacrifice. She had a chance to continue some of her scientific work in the US, but due to age and language difficulties, chose to retire and dedicate more time to supporting her husband and daughter. She became a passionate gardener, getting closer to her dream of being a botanist. Being in the US offered more opportunities to travel and she continued to marvel at the world and its wonders with the same youthful enthusiasm. From California’s Yosemite National Park, to the Italian Alps, a smile shining with limitless light was glued to her face as she took in the nature’s glamor.

In the last seven months of her life, one last miracle arrived in her life and brought her pure joy – a granddaughter named Audrey Simone, fondly called Sima. She doted over Sima in the sweetest, warmest, most loving way. She sang sweet Russian lullabies, took her for walks, taught her how to play “ladushki.” They took silly selfies together and fed lettuce to giraffes at the zoo. Olga would say that she has finally found true happiness and peace taking care of Sima.

Olga is survived by her husband Evgeni, her brother Valeriy, her son Denis, her daughter Arina, and three grandchildren – Nikita, Maxim, and Audrey. She will be remembered with the endless love and warmth she gave to all whom she encountered.

A Visitation and Celebration of Life for Olga will be held at Clayton Funeral Home, 5530 W Broadway, Pearland, Texas 77581, on Friday, February 2, 2018, at 11:00 a.m. The interment will follow at South Park Cemetery in Pearland, Texas.

Visitation and Celebration of Life

Share Your Memory of
Olga
Upload Your Memory View All Memories
Be the first to upload a memory!
Share A Memory
Send Flowers