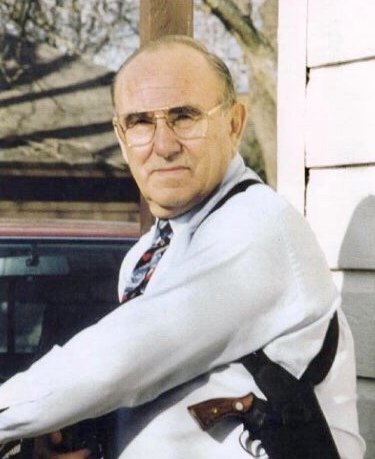 Robert was a proud American that served his country in the Marine Corps during World War II.  He was stationed on the island of Hiroshima and witnessed the flag being raised as the war ended.  During his time in the military he was a sharpshooter and served as an MP.  After returning from the war, he became a Championship Golden Gloves Boxer and fought in Madison Square Gardens.  Robert later married and became Sheriff of Windsor County and then the Chief of Police of Wethersfield, Vermont.  In 1973, he relocated to Texas and opened the Houston Detective Agency that he ran for more than 30 years.  Robert devoted his life to public service and instilled a great sense of honor to all his family.  He will be greatly missed by all who knew and loved him.

Services for Robert will be held Wednesday, February 6, 2019 at Clayton Funeral Home, 5530 W. Broadway, Pearland, Texas 77581.  The visitation will be held from 1:00 until 2:00 pm with the funeral service following at 2:00 pm with Pastor Chris Hughes officiating.   Interment with military honors will take place at a later time at Houston National Cemetery in Houston, Texas.