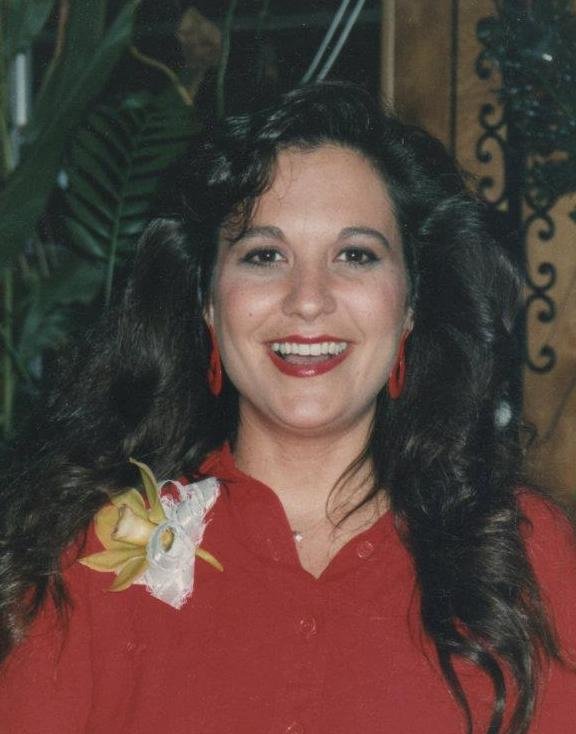 Sherisse Boynton Reyes passed away February 18, 2019 in Pearland, Texas. She was born on April 7, 1958 to John and Judy Boynton in Rockland, Maine.

From a young age Sherry was always known as the “life of the party”. Her personality was infectious; it was impossible to not smile and have a good time when you were around Sherry. She was a fun-loving, outgoing woman who attracted people to her everywhere she went. She was an amazing sister, wife, mother, grandmother, and friend.

She spent most of her life in Houston, and married the love of her life, Kelly Reyes on June 5th, 1989. They had their only child, Amy, on August 5th, 1989 and were married until the day she passed. Sherry spent many years using her creative talents as a floral designer. She loved all types of arts and crafts, but especially enjoyed making her house a home for anyone who came to share it with her. Most of Sherry’s life was dedicated to her family, and she loved to spend time with her three grandchildren. She was also a 9-year volunteer for the Houston Livestock Show and Rodeo Corral Club, which she did yearly with her daughter. She loved traveling, spent some of her happiest times on the road taking trips with family and to see family.

Sherry will be dearly missed. She is survived by her husband Kelly Reyes; daughter Amy Reyes and longtime partner Michael Bond; her three grandchildren, Brooke, Bryce, and Blair Bond, whom affectionately knew her as Nanny. Sherry was predeceased by her mother Judith Marr Boynton. She is survived by her father John Boynton, mother-in-law Victoria Santivanez, sisters Stephanie Fearing and Sandra Shiver, nieces Angie Fearing and Amanda Duque, as well as numerous friends and extended family.

Please join us in a Celebration of Sherry's Life after the memorial service at the Knights of Columbus Hall located at 2320 Hatfield Rd. Pearland, Texas 77581 beginning at 5:30pm. They are having a fundraiser fish fry for local charities where plates are $12 for adults, $10 for seniors, and $8 for children. Hope to see you there.

Share Your Memory of
Sherisse
Upload Your Memory View All Memories
Be the first to upload a memory!
Share A Memory
Send Flowers