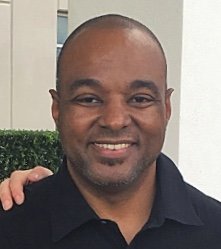 Felipe graduated from Northbrook High School in 1988 where he met his beautiful wife, Stephanie.

After high school, he enlisted into the Air Force and was stationed in Cocoa Beach, FL, where he enjoyed surfing the Florida waves. He later attended ITT Technical School and the University of Houston for Civil Design.

Felipe had several hobbies—he loved his football, so much so that he and Stephanie secured season tickets for the Houston Texans in their inaugural season in 2002 and have had them ever since. He wanted to make it a family tradition and pass them down to Seth and Lauren so they could share the same memories with their kids.

If you knew Felipe, you knew his love for sports cars. He ALWAYS had a sports car—starting with a Firebird, Camaro, a couple of Corvettes, Trans Am, Mercedes AMG and his beloved Challenger. When he found out he was going to be a father, he sold his Corvette to get a “family” car, which was his 4-seater Trans Am. He has instilled that passion for cars in his son as well.

His absolute favorite hobbies in life were fish and fishing. At an early age he developed a love for fish and had many fish tanks and began tinkering around with fish ponds. He grew up fishing with his family and was so excited to pass the “fishing gene” down to his kids. Many early mornings were spent in Galveston at sunrise with his family, trying to hook a big Red. He always sought out unique fishing excursions when he went on vacation to share with his family. His interest in Japanese koi fish began to grow as a young adult and developed into a love and admiration for these beautiful creatures. He sought koi from renowned Japanese breeders to add to his Japanese-themed yard with his beautiful koi pond. He loved participating in the Houston Pond Tours to educate others that were interested in the hobby. He made many friends from all walks of life and from across the globe who also shared a love of koi fish.

Felipe’s family meant everything to him.  He had a tremendous love and admiration for his wife, Stephanie, who he met in high school. Their friendship grew into love and they shared 27 amazing years together. His children, Seth (Little Buddy) and Lauren (String Bean), were his absolute pride and joy. He and Stephanie lived a mantra of “making memories” for their kids—fishing trips, Disney World, countless family vacations and traditions for their family. He instilled within them the importance of family and how important it is to enjoy the present.

Felipe worked at HR Green Engineering and he loved his work family. He considered his work colleagues as his friends with whom he happened to work with. He was often referred to as their social secretary, always planning events, etc., which helped develop the culture at the HR Green Houston office.

All that knew him could see the love in his heart for his family and friends. Felipe will be greatly missed by all who knew and loved him.

Share Your Memory of
Felipe
Upload Your Memory View All Memories
Be the first to upload a memory!
Share A Memory
Send Flowers