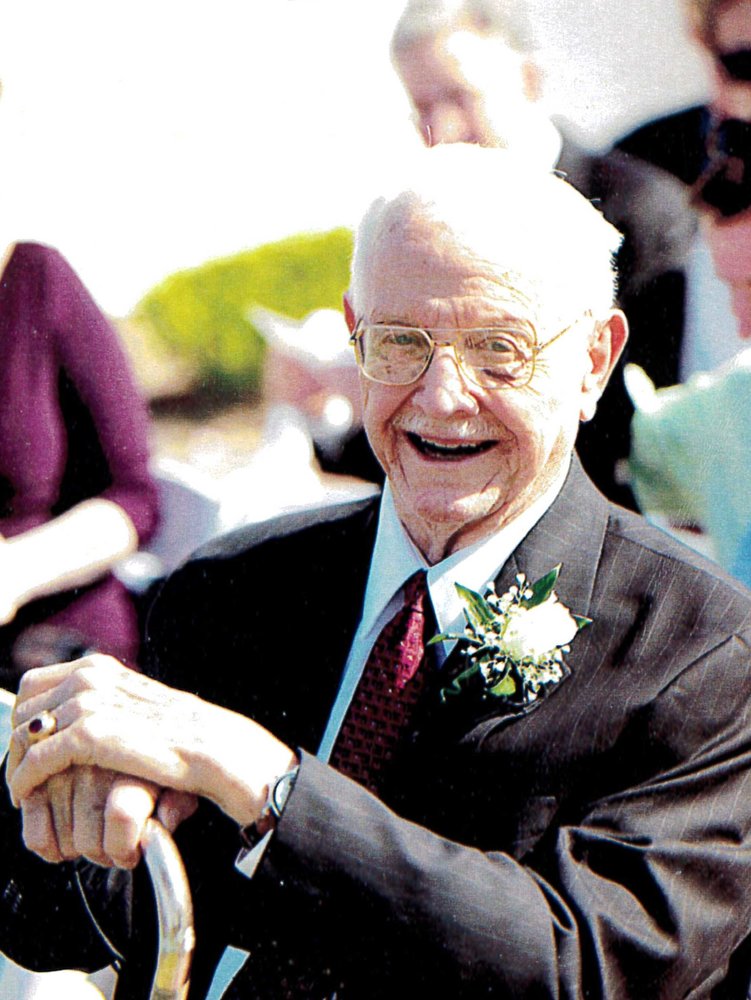 Frank Harrison Sawberger was born in Goose Creek, Texas on September 4, 1929, just in time for the start of the Great Depression. Dad’s brains, determination and cheerful personality took him from humble beginnings and the death of his father when he was just a boy, to achieve a full, honorable and well-lived life.

This tall Texan never met a stranger and never forgot a friend, always had a song to sing, a poem to recite or a joke to share, and was the best father, husband and grandfather we could wish for. He passed away peacefully at home in LaPorte, Texas, on November 24, 2019 at the age of 90.

After graduating from Robert E. Lee High School, he worked his way through college while supporting his mother. He started at Lee Junior College in Baytown and earned a bachelor’s degree in general engineering from the University of Houston in 1955, the first in his family to graduate from college.

Following two years of service in the U.S. Army Signal Corps at Fort Huachuca, Arizona, he was hired by General Electric in 1957 as a liaison representative/field service supervisor for GE’s light military electronic equipment department.

On September 25, 1957, Dad met a pretty United Airlines stewardess, Bette Greenamyre, on a blind date. They went to Disneyland. Exactly one year later, they were married in her hometown of Fresno, California.

Dad’s 20-year career at GE included several promotions and relocations across the country. Melinda was born in Binghamton, N.Y., and Lisa in Oklahoma City, Okla. Mom and Dad built their forever home in 1966 in the Shady River subdivision.

He worked in GE’s space and aerospace divisions during the golden age of the U.S. space program, providing technical support for the Gemini, Apollo and space shuttle programs with NASA/ Johnson Space Center. Dad and Mom attended dinner parties with astronauts and their wives. Mom took us to meet Dad for lunch at the NASA cafeteria. The entire family waved little American flags in front of the television set while watching the first moonwalk in 1969.

During 12 years as vice president of marketing at Atec, Inc., work took him to Saudi Arabia. Dad and a young Saudi engineer discovered to their mutual delight that they were both alumni of Lee College. His new Saudi friend insisted on taking Dad bowling during every trip to Riyadh.

Dad was at every school concert, every event, every graduation and every milestone for his daughters and granddaughter. When granddaughter Hayley was born, he happily became “Papa” and embraced a loving, active role in her life – she was the light and pride of his golden years.

An avid outdoorsman, Dad had a lifelong enthusiasm for fishing and hunting, though it was more about spending time in nature than anything. Each fall he “bagged his limit” of Hill Country cedar branches to make wreaths and garlands for family and friends.

Dad could make almost anything - from imaginative Halloween costumes (notably a convincing headless horseman), to treasured toys: a delightful potbelly stove, a beautiful toy china hutch and dollhouses that magically appeared under the Christmas tree from “Santa.” (All built in complete secrecy.)

A 50-year-plus member of the Houston Gun Collectors Association (HGCA), Dad served on the board for years, as president (twice), and as gun show chair (we lost count). He was known as a straight shooter.

He was a lifelong learner and prolific reader. In mid-life, he studied Spanish and German.

A human jukebox, he recalled and sang hundreds of old songs in addition to all of the poems he could recite from memory. His favorite poem, and as he said, sort of his creed, was Henley’s “Invictus.”

Mom and Dad’s international travels began when he entered a drawing at the Offshore Technology Conference in Houston and won a trip for two to Scandinavia by answering several questions correctly on the entry form. When he received the call informing him that he’d won, he thought it was a friend playing a practical joke. It wasn’t!

They traveled to Europe numerous times. Dad would rent a car, consult guidebooks and maps (no GPS or internet then), and drive them all over Germany and France. Occasionally, he inadvertently drove across a border and temporarily wound up in the wrong country. It was all part of the adventure.

No funeral service is planned. In lieu of flowers, if you are inclined, please consider a memorial donation to Houston Hospice (http://www.houstonhospice.org/donate.aspx).

Share Your Memory of
Frank
Upload Your Memory View All Memories
Be the first to upload a memory!