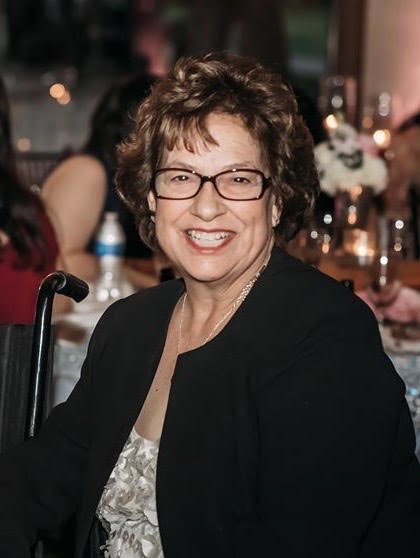 Mary Angela Guerrero passed away Sunday, November 24, 2019, surrounded by family after a brief illness. She was 70.

Mary is survived by her husband of 46 years, Judge Ruben Guerrero, daughters Yvonne Mintz of Rosharon and Rebecca Pilkey of San Antonio, sons in law Ryan Mintz and Lloyd Pilkey. She is also survived by brothers Mike Martinez of San Antonio and Filiberto Martinez Jr. of Alexandria, VA.

Mary was born in Mission, Texas on October 9, 1949 to parents Maria Jesusa Martinez and Filiberto Martinez. She is preceded in death by her parents and brothers Johnny Martinez and Noe Martinez.

Mary grew up in San Antonio surrounded by family she treasured, including cousins who remained her closest friends throughout her life. She married Ruben in 1973, and they made their home in Houston. Mary was an exceptional mother who always put her family before herself. She supported Ruben through his campaigns for judge and made her own career, first as a medical office professional and later as senior citizens program director and community liaison for Harris County Precinct 2, serving three commissioners.

Her most enduring quality was her beautiful smile. It took over her whole face and lit up any room. She was a quiet force of strength for many, a confidante, a kind soul, and a giver to her core. We all strive to be more like her.

The family wishes to thank Rossana and Brian Bobbitt, Clyde and Brenda Munoz and Mary's "co-grandmother", Cathy Mintz, for their care and love in her final days.

Funeral mass will be at 10 a.m. Wednesday, December 4 at St. Helens Catholic Church, Pearland. The family will host visitation and reflection on Mary's life in the church social hall following the service. Private interment will follow at a later date.

Share Your Memory of
Mary
Upload Your Memory View All Memories
Be the first to upload a memory!
Share A Memory
Send Flowers