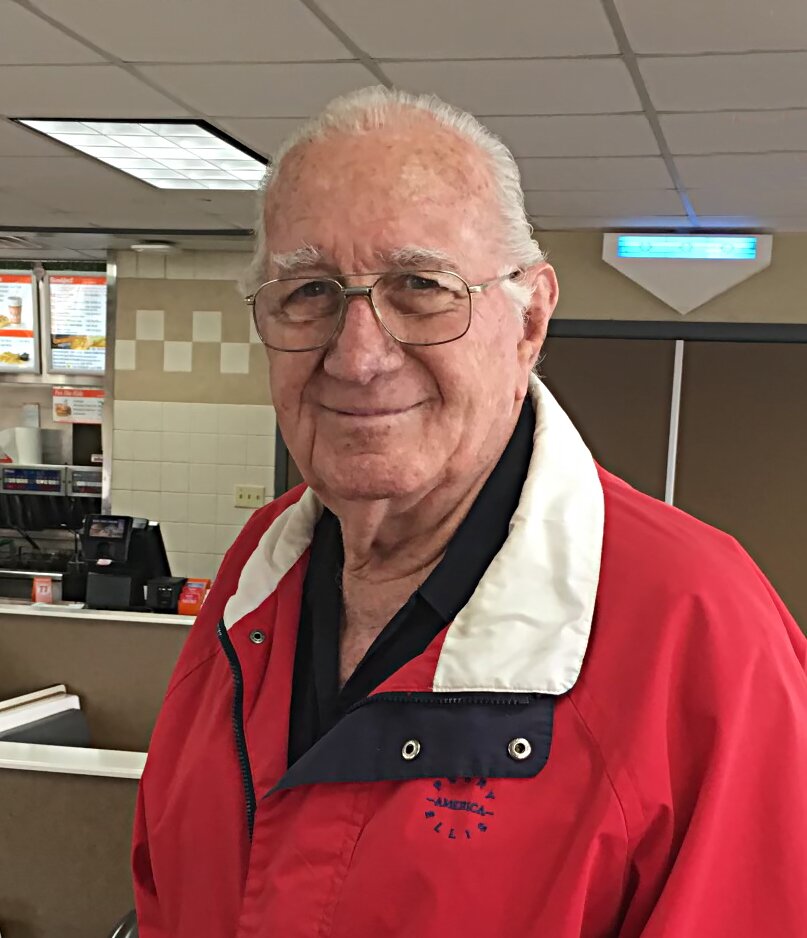 Please share a memory of Luther to include in a keepsake book for family and friends.
View Tribute Book
Luther Wayne Cunningham, 89, passed away Friday, March 18, 2022. He is preceded in death by his parents Luther and Thelma Cunningham; brother John Benjamin Cunningham; and sister Jessie Johnson. Left to cherish Luther’s memory are his loving wife of 65 years, Mary Helen Cunningham; son Kyle Wayne Cunningham and wife, Kimberly; daughter Kelly Day and husband, Steve, Wendy Schneider and husband, Jason; sister-in-law Dolores McCafferty; grandchildren Haley Satterwhite, Jordan Cunningham, Chelsea Wingate, Carly Schneider, Josh Cunningham, and a host of other dear family and friends. Luther was born and raised in Pearland, Texas. He and his twin brother were fondly known to all as Big Boy and Little Boy Cunningham. He graduated Pearland High School in 1951 as Valedictorian with Little Boy being Salutatorian. Luther loved all sports and excelled tremendously. He was the quarterback, the pitcher, and went to State in track and field. Luther played baseball on scholarship his freshman year at the University of Houston. His sophomore year, he left and played basketball on scholarship at Sam Houston State University. Finally, he decided to leave his sports career behind and went on to receive his bachelor’s degree in Petroleum Engineering from The University of Oklahoma. Upon graduation, Luther married the love of his life, Mary Helen, in 1956 and together they moved to Fort Belvoir, VA where he began his two year stint in the US Army. Luther enjoyed a successful career as a Petroleum Engineer for more than 28 years. He worked for many different companies and traveled all over the world building, drilling, and consulting on oil rigs. However, Luther was born with an entrepreneurial spirit and always wanted to work for himself. From selling watermelons out of his mother’s ice house, to renovating and renting apartment buildings, owning a washateria, purchasing and developing real estate, and ultimately building and operating his own self-service car washes, Luther was always coming up with his next big idea. He retired from engineering in 1984 and began relying solely on these ventures at that time. Luther and Helen moved over 13 times in 12 years before finally settling down in Pearland in 1968. In 1975, the couple bought and remodeled one of the oldest homes in Pearland where they raised their family and still live today. Luther was very proud of his Pearland roots, and was always working to encourage organizations that would to benefit the community. He was a founding member of the Dad’s Club, Pearland Girl’s Softball, Little Dribblers, and the Pearland Historical Society. He loved the Pearland Oilers, crossword puzzles, newspapers, coveralls, and drinking coffee with friends (and strangers) in the morning. More than anything, Luther cherished his family and loved any time they would get together. Their family home has always been the gathering spot for family occasions. Luther will be greatly missed by all who knew and loved him. Services for Luther will be held on Friday, March 25, 2022, at Clayton Funeral Home, 5530 West Broadway, Pearland, Texas. Visitation is scheduled from 11:30 – 1:00 pm. The funeral service will be held at 1:00 pm, with Pastor Brian Gigee officiating. Interment will follow at South Park Cemetery, in Pearland, Texas. In lieu of flowers, donations can be made to Christian Helping Hands @ www.christianhelpinghands.org
Friday
25
March

Share Your Memory of
Luther
Upload Your Memory View All Memories
Be the first to upload a memory!
Share A Memory
Send Flowers